Published by: Multi-Man Publishing. October 2021
(Log in to add this module to your collection
or to see your play details)

Rising Sun is Advanced Squad Leader’s long-awaited return to the jungles, islands, and atolls of the southwest Pacific.
Rising Sun includes the entire Japanese, Chinese, and United States Marine Corps orders of battle; a 2nd edition of Chapter G, which covers the unique rules needed to play ASL in the Pacific Theater of Operations and incorporates all the current errata; and an updated Chapter H for the Japanese and Chinese vehicles and ordnance and for landing craft.

Included are 16 updated scenarios, combining the original Code of Bushido and Gung Ho! scenarios with 16 out-of-print PTO scenarios that originally appeared in the pages of the GENERAL, the ASL Annual, and the ASL Journal. Also included from the ASL ‘93b Annual comes "Sand and Blood" a Gavutu-Tanambogo campaign game with a 17"x 22" map and Chapter Z pages and from the Operations Special Edition #3 comes the Hell's Corner HASL map and it's 5 updated scenarios.
Scenario errata have been incorporated, and new errata has been issued for the older scenarios to reflect the balancing changes made to the updated scenarios. 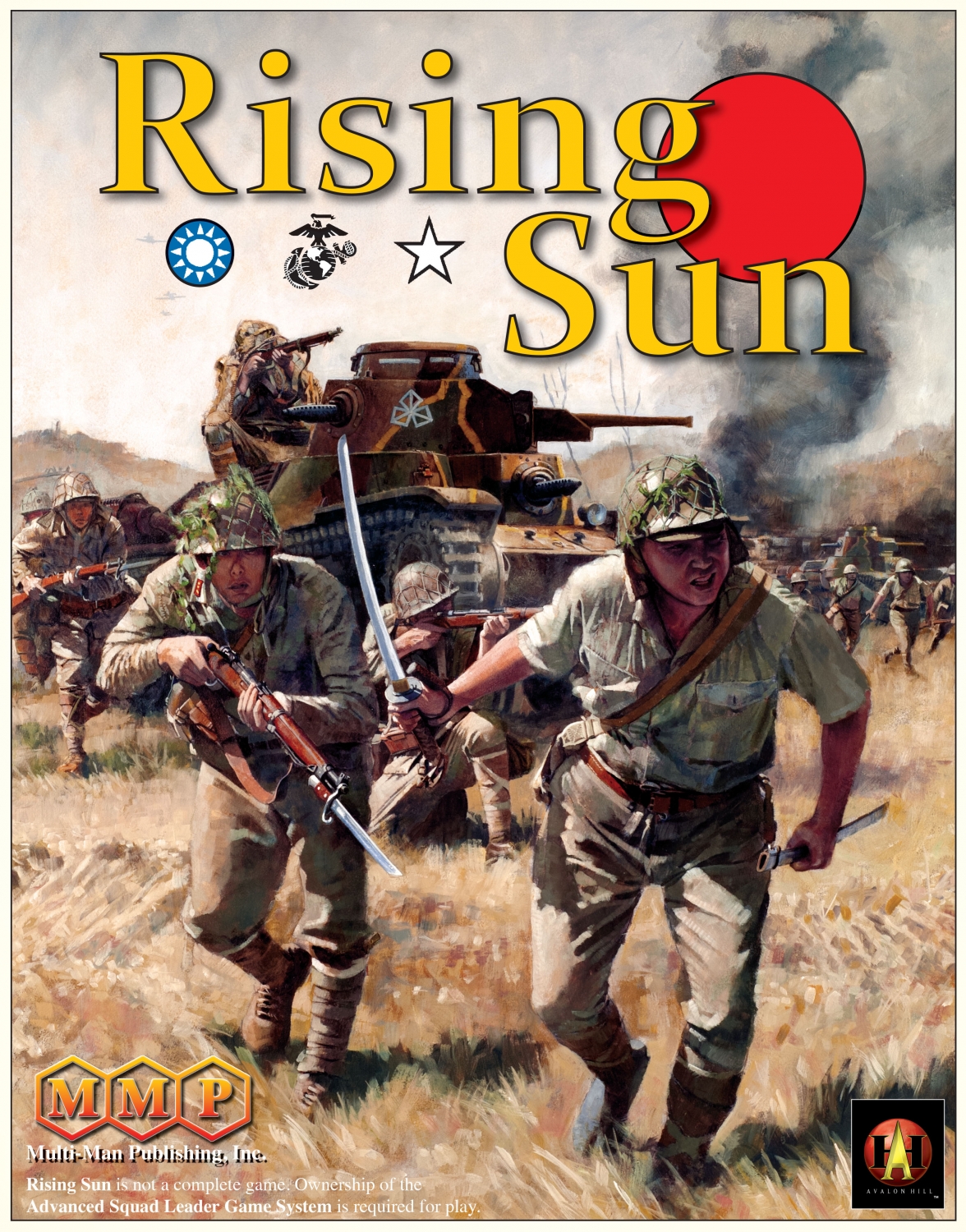