Published by: Multi-Man Publishing. January 2023
(Log in to add this module to your collection
or to see your play details)

Drop Zone: Sainte-Mère-Église is a Historical Advanced Squad Leader (HASL) module covering the first two days of the battles around the important Norman town of Sainte-Mère-Église. Each side attacks and defends in an effort to do better than their historical counterpart. Can you as the American not only hold the town but also push the German forces off the map as you expand your perimeter? Or can you as the German retake the town from the Americans and delay the invasion?

Drop Zone: Sainte-Mère-Église comes with three historically-accurate maps of the town of Sainte-Mère-Église and its environs jointly crafted by Sharon Boyd, designer Ken Dunn, and artist Charlie Kibler. Additionally, there are 11 individual scenarios each recreating a portion of the battle, as well as three Campaign Games of various sizes depicting either the entire battle or smaller portions of it. 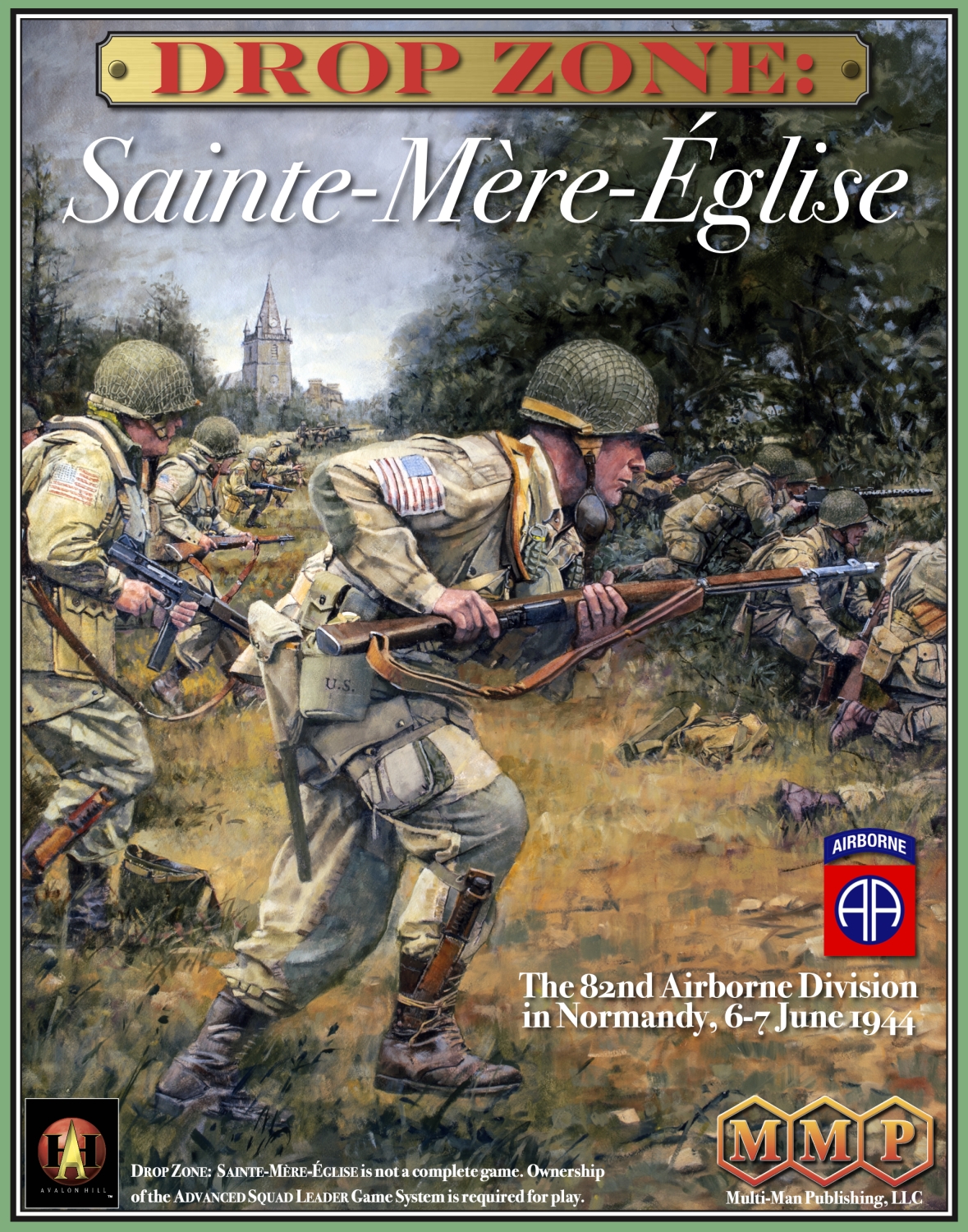