As Kampfgruppe Dittfurth was cutting their only path of retreat towards the Vistula, the trapped Poles of Army Prusy became more and more desperate in their attempts to break through the encirclement. As darkness approached, the Poles launched yet another attack to attempt to break out towards Warsaw. The attack began successfully, pushing down the only road in the area, with the Poles breaking through the German pickets near the small town of Pilatka.
Attacker: Polish (12th Infantry Division and 2nd Light Tank Battalion, Army Prusy)
Defender: German (Kampfgruppe Dittfurth, Leichte Division (Motorized)) 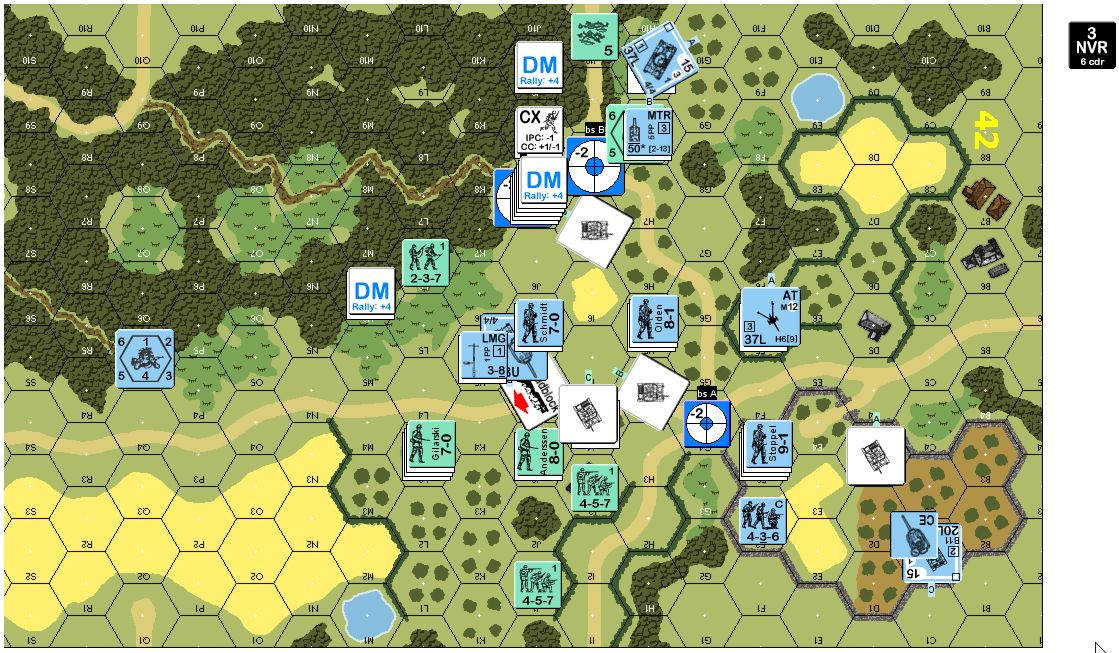