Peiper and most of his remaining men had silently evacuated the La Gleize pocket on foot during the night of 23-24 December. At 0745 on the following, bitterly cold, morning, two American infantry companies pushed southeast through the Bois de Bassenge as part of the continuing concentric attack on the village. Shortly afterwards as they approached the end of the woods on the heights overlooking the town, they encountered about fifty Germans, along with five Schutzenpanzerwagons and two captured U.S. vehicles, manning a position near a forest track known as Les Montis.
Attacker: American (Companies E and G, 2nd Battalion, 119th Infantry Regiment)
Defender: German (SS) (Kampfgruppe Peiper) 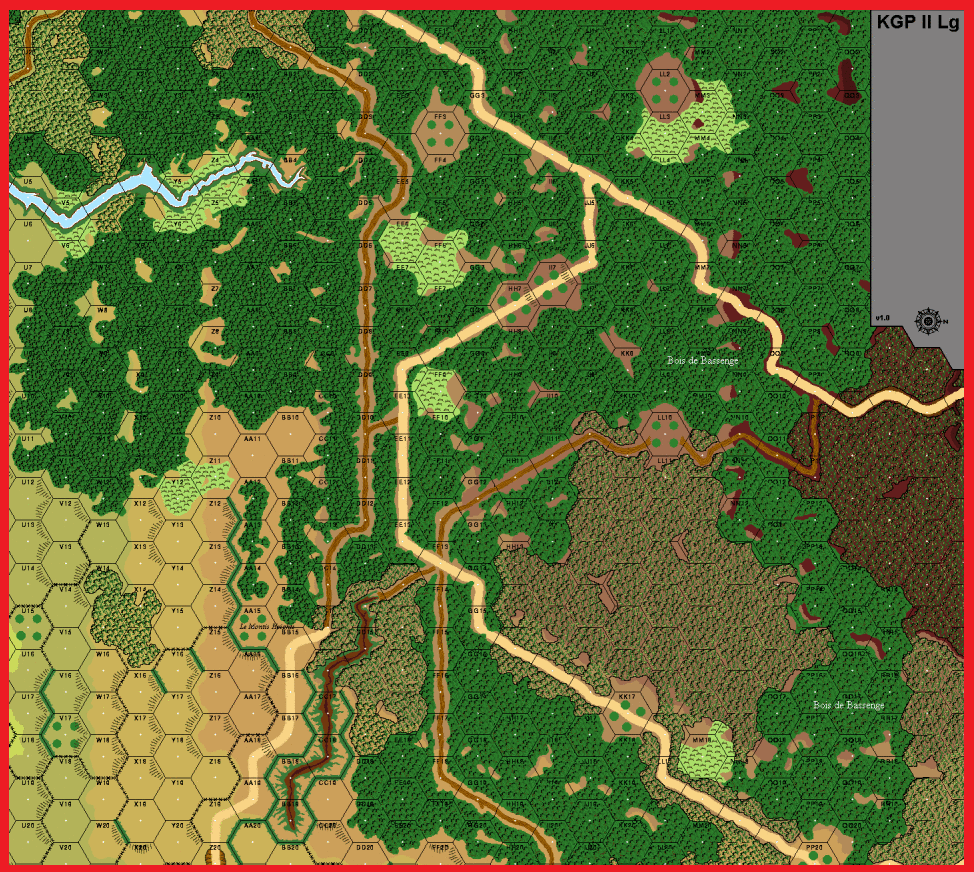