On July 10th, the Allies landed in Sicily — the American VII Corps in the Licata and Gela area and the British at Pozzalo, east of Syracuse. In Gela, Darby’s Rangers successfully fought off a counterattack by the 10-ton French tanks of Gruppo Mobile “E”. The Axis command recovered quickly, however, and planned another counterattack for the next day. The Italian Livorno Division was to move toward Gela and, after its capture, move westward against Licata. Most of the German units went to face the British in the east, leaving only the Hermann Göring Division to support the Italians. The counterattack commenced at 0830 hours. At the time of the attack, General Patton was visiting Ranger headquarters. As he was leaving, he shouted back, “Kill every one of the goddamn bastards!” The cruiser Savannah opened fire with her six-inch guns, hammering the Italian infantry which was advancing under the cover of German tanks. Though stripped of its infantry support, the German armor continued advancing through the naval gunfire, forcing Darby to use makeshift crews to man captured Italian artillery pieces which engaged the German tanks a mere thousand yards from the beach.
Attacker: Italian / German (33rd and 34th Regiments, Livorno Division / Schwere Panzer Abteilung 504 Hermann Göring Division)
Defender: American (1st Ranger Battalion) 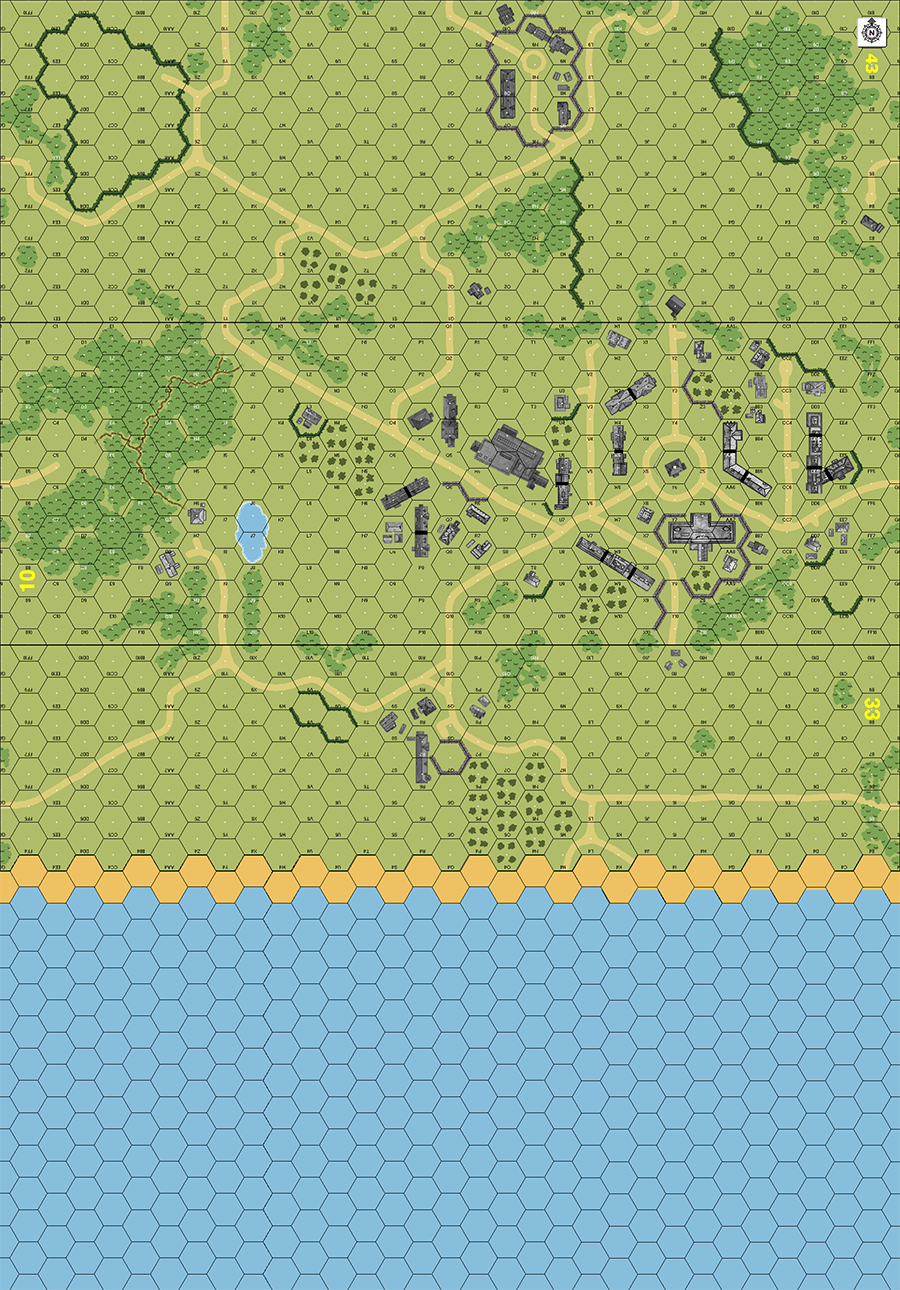 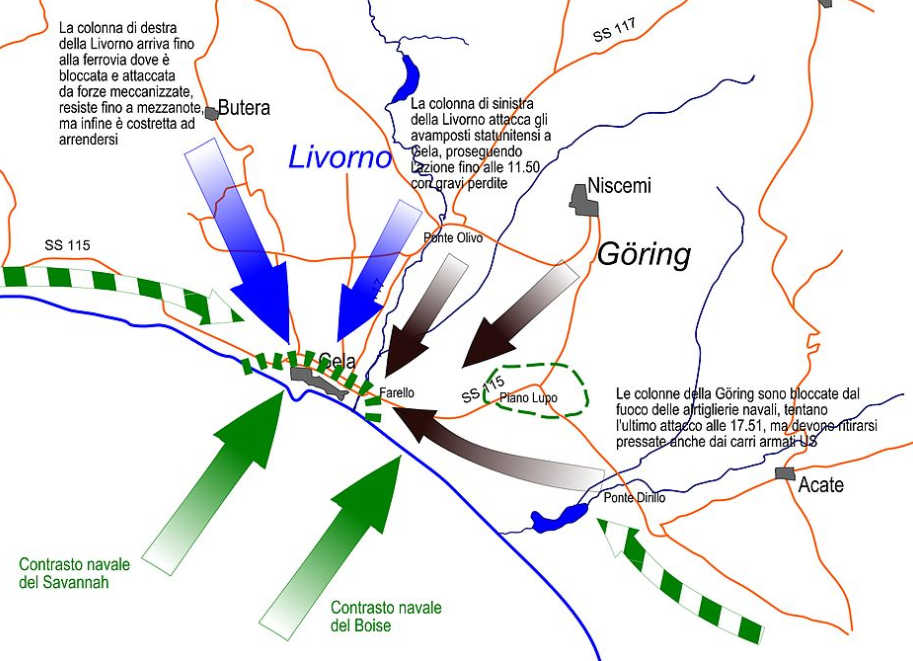 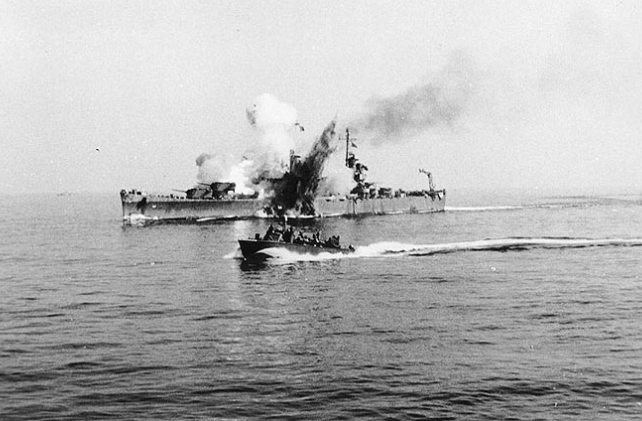 USS Savannah (CL-42) is hit by a German radio-controlled glider on Sept. 11th