Company F of the 110th Infantry Regiment cleared out a small grouping of Siegfried Line pillboxes in the late afternoon of September 14th. The weary men settled down around the pitted and scarred pillboxes, hoping to spend a quiet night. But just after midnight, the sound of approaching tracked vehicles brought everyone awake. The newly-reconstituted 304th Panzergrenadier Regiment of the 2nd Panzer had been called upon to counterattack, and given some special support in the form of flamethrower-armed halftracks.
Attacker: German (Panzergrenadier Regiment 304, Panzer Division 2)
Defender: American (Company F, 110th Infantry Regiment) 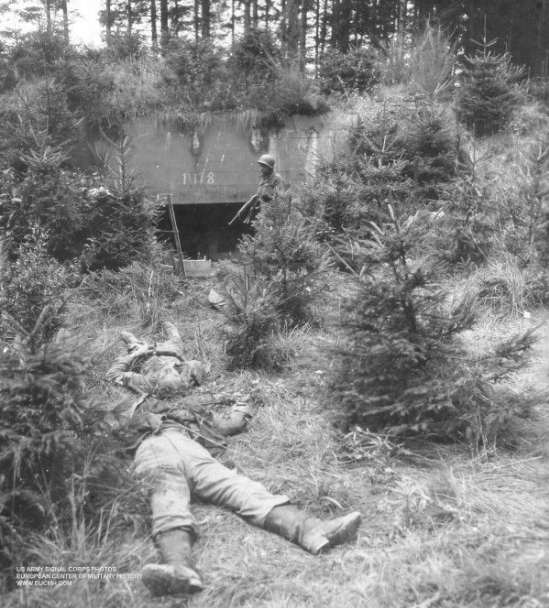 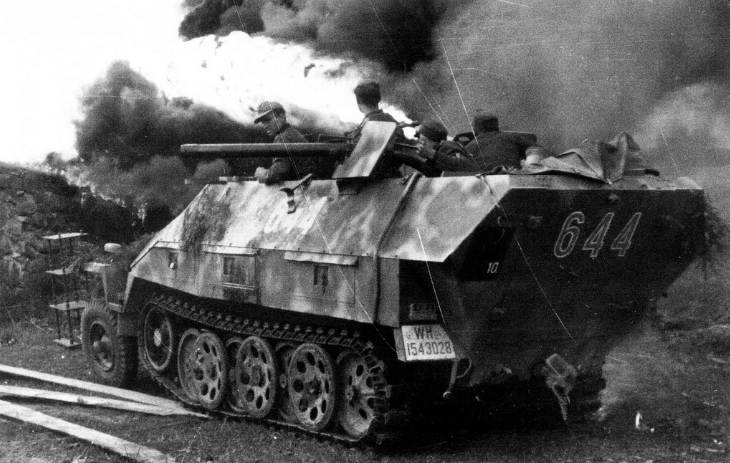