Colonel Robert Sink and the 506th PIR had orders to seize the main highway bridge over the Wilhelmina Canal and then secure Eindhoven, the southernmost objective of the airborne “carpet” and only ten miles distant from the British armor waiting to surge forward from the Meuse-Escaut Canal bridgehead. With his regiment down in good order along the edge of the Zonsche Woods, Sink sent his 1st Battalion racing to grab the great bridge. There was almost no opposition . . .until the paratroopers reached the northern outskirts of the village of Zon. As they entered the village, fire erupted from a concealed heavy AA piece, one of several in place to protect the vital bridge from Allied bombers.
Attacker: American (1st Battalion, 506th Parachute Infantry Regiment)
Defender: German (Selbstaendige FlaK Batterie (att.) Flieger Division 7)

The German 88mm gun, originally designed as an antiaircraft artillery weapon, was equally effective against infantry 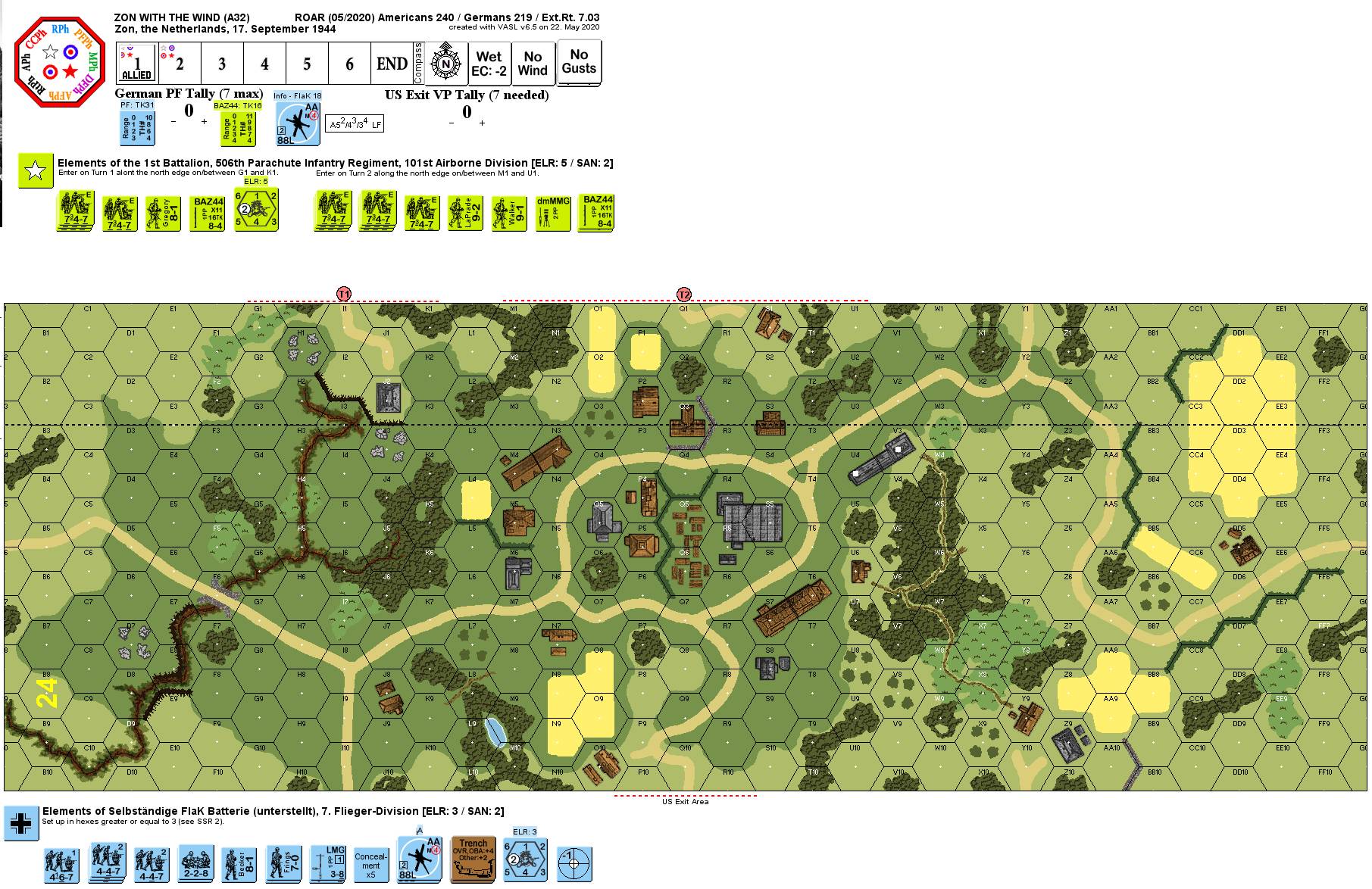