The 2nd SS-Panzer Division, “Das Reich”, formed a rear guard position in Vienna as the Fourth Ukrainian Front closed in on the beautiful city. One area of bitter fighting was around the picturesque Prater Park with St. Stephen's Cathedral. The people of Vienna did not want their beautiful city to suffer the same fate as Warsaw and Budapest. So the local leaders made a deal with the Russians: help would be available if the artillery bombardment was called off. (see Misc Rules below)
Attacker: Russian / Partisan (Elements of the 5th Guards Mechanized Brigade and 30th Guards Heavy Tank Regiment and possible partisan forces)
Defender: German (SS) (Elements of Regiment "Der Fuhrer", SS-Panzer Division 2 "Das Reich") 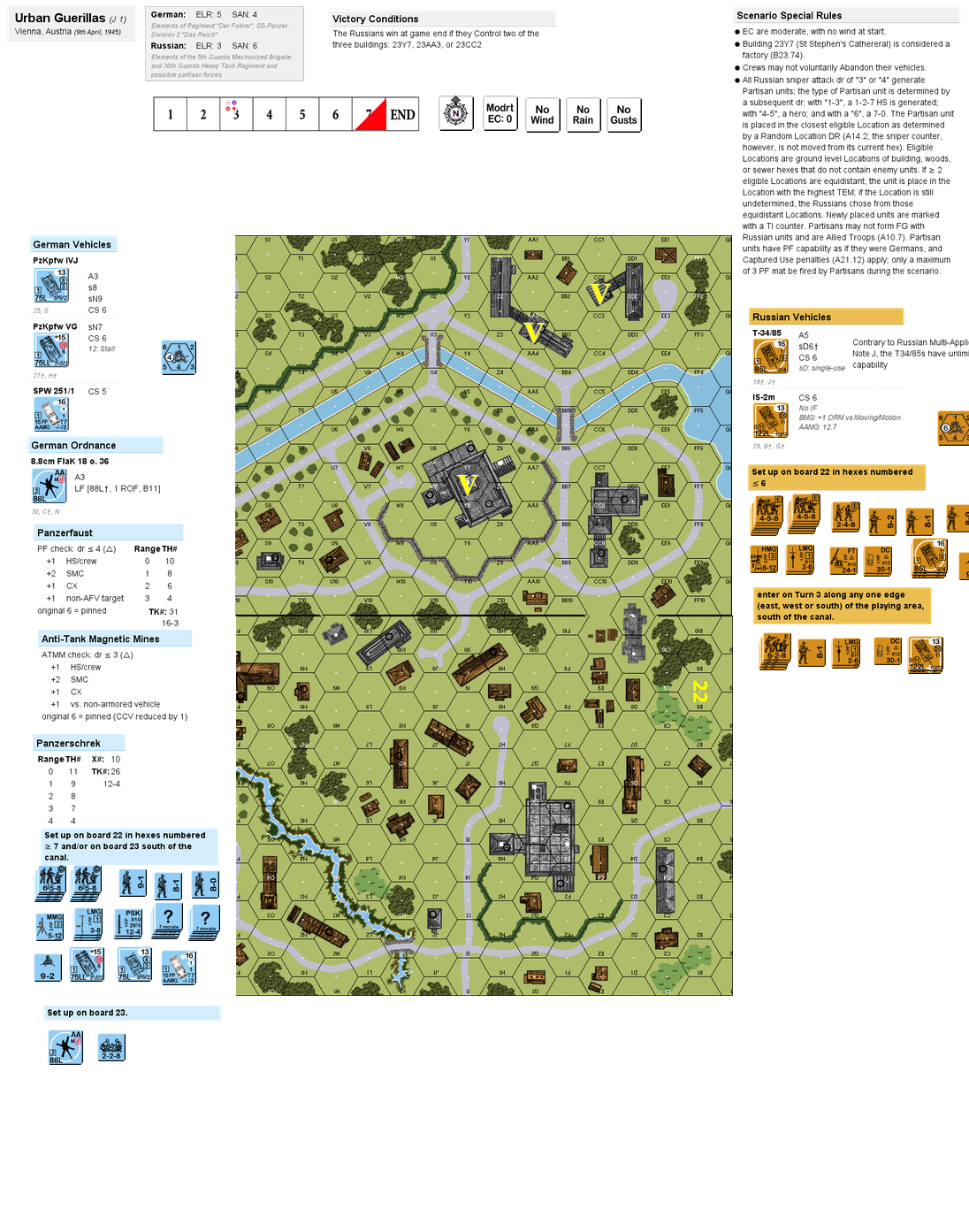 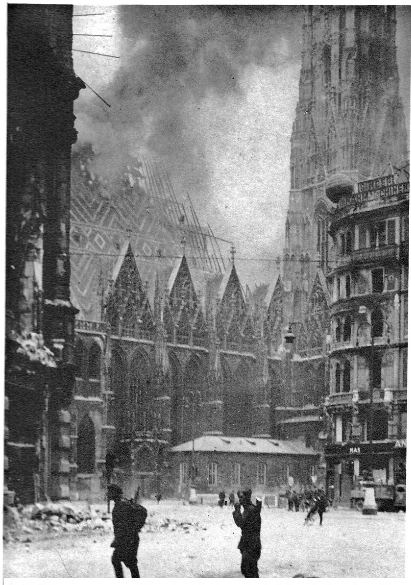 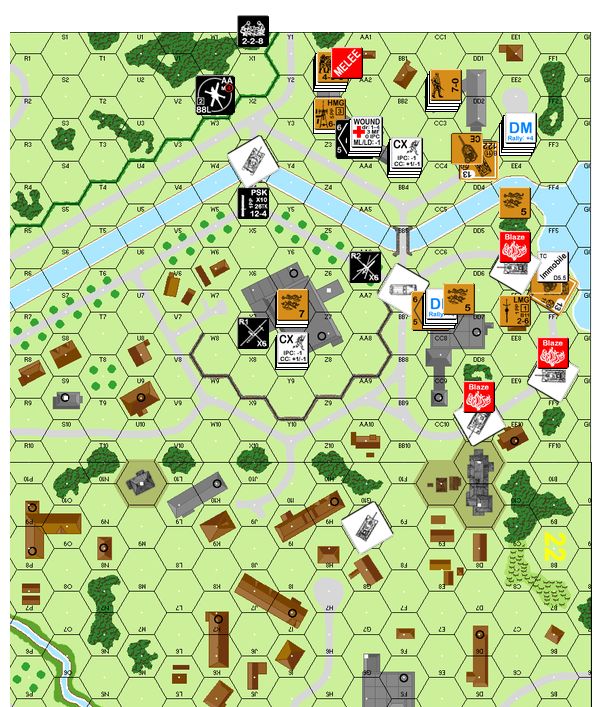