The reverse suffered by the French army at the hands of the Japanese aggression led the new Thai government to strongly reaffirm its intention to reintegrate Laos and Cambodia into the motherland. The state of latent war came to a sudden end on 10 January 1941 when the Thai Army went on the offensive. On Colonial Road 1, the main artery in Cambodia, the attack was strong and the French troops had to fall back in order to establish a more solid defensive line. Despite appearances, the French high command had made arrangements for just such an occurrence and it ordered an immediate counterattack on the Thai Army’s left flank.
Attacker: Thai (Chinese) (2nd Infantry Division, Royal Thai Army)
Defender: French (3rd Battalion du 5th Régiment Etranger d'Infanterie/11th Régiment d'Infanterie Coloniale) 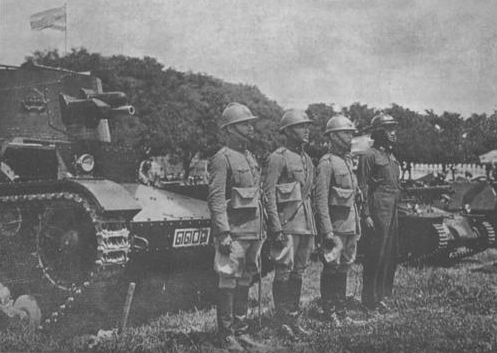