Rommel launched his first attempt to take Tobruk by storm on the night of Easter Sunday. After Afrika Korps engineers succeeded in breeching the formidable anti-tank ditch, wire and mine fortifications of the outer perimeter, infantry riding on tanks and guns in tow headed for an assembly point about 200 yards inside the perimeter. Once the tanks dropped off their cargo and headed north towards the port, Australian 2/17 Battalion opened fire on the unsuspecting German infantry. Meanwhile the tanks ran into a series of anti-tank batteries and Matilda cruisers that quickly turned the tide. The Germans decided to extricate themselves from the fiasco – the sooner, the better. . .
Attacker: German (8th Machine Gun Battalion and the 5th Armored Regiment)
Defender: Commonwealth (2/17 Bn, 9 Australian Division and British 1st RTR and "J" Battery, 3rd RHA) 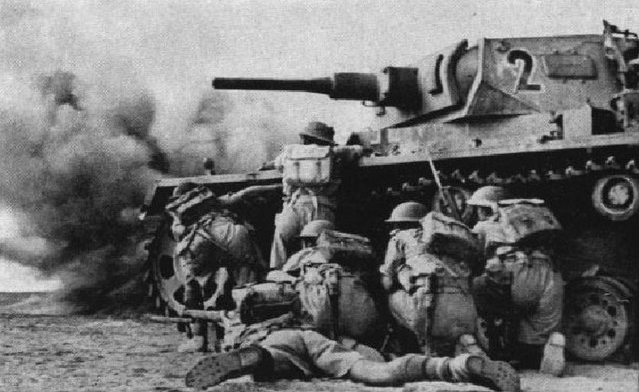