In the early afternoon, following some disastrous decisions, only a handful of Paratroopers and their Officers remain in the village of Cauquigny. At that time a Company of the 1057th Grenadier Regiment supported by some tanks (100th Panzer Battalion) launched an attack on the thinly-held town.
Attacker: German (1057th Panzergrenadier Regiment and 100th Panzer Battalion, 91st Infantry Division)
Defender: American (Elements of the 507th and 508th Airborne Regiments) 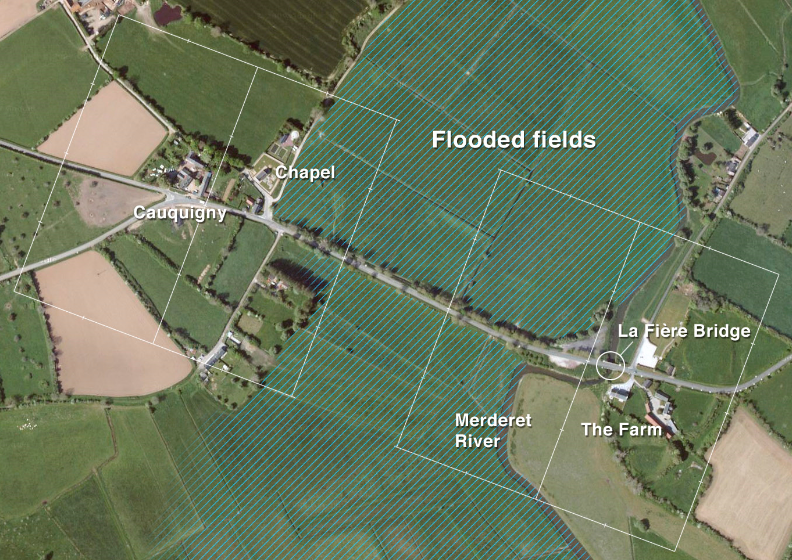