Hill 192 remained a thorn in the U.S. First Army's flank. Its tactical importance lay in giving the Germans observation over the whole countryside from Vire to Caumont, including all approaches to St.-Lo. Any successful attack on St-Lo would have to deal with that position first. By 2nd Division order, the 38th Infantry was assigned the mission of taking Hill 192, attacking on the western slopes on 11 July. Because the 38th Infantry line was curved back on the right, Company E on that wing began its attack at H-30 minutes in an attempt to straighten the regimental line. Company E ran into stiff opposition almost immediately, as it tried to reach the small ridge commanding a draw leading up to the hamlet of Cloville. Here was one of the enemy strongpoints, already known as “Kraut Corner”, fanatically defended by half a company of Germans who had survived the heavy artillery pounding prior to the attack.
Attacker: American (Company E, 2nd Battalion, 38th Infantry Regiment)
Defender: German (Battalion III, Fallschirmjäger Regiment 9) 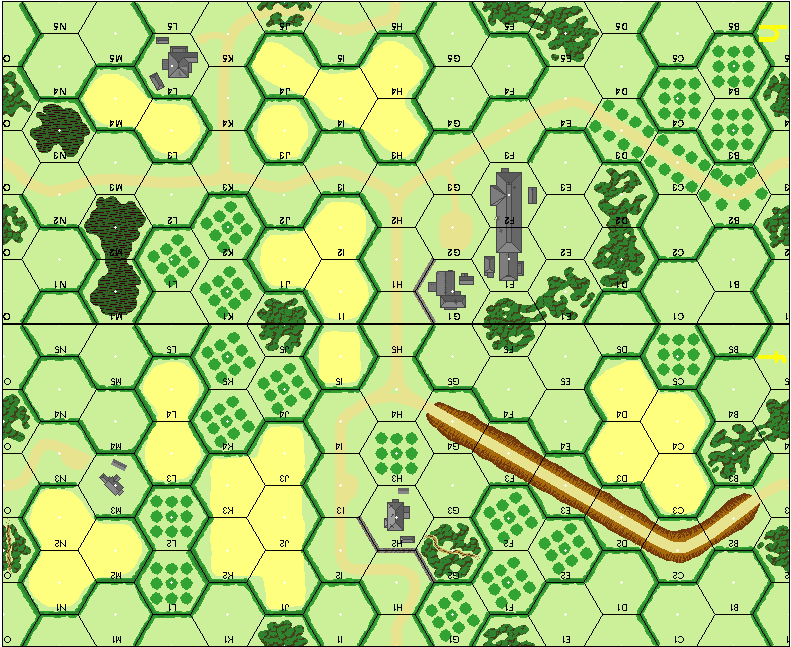 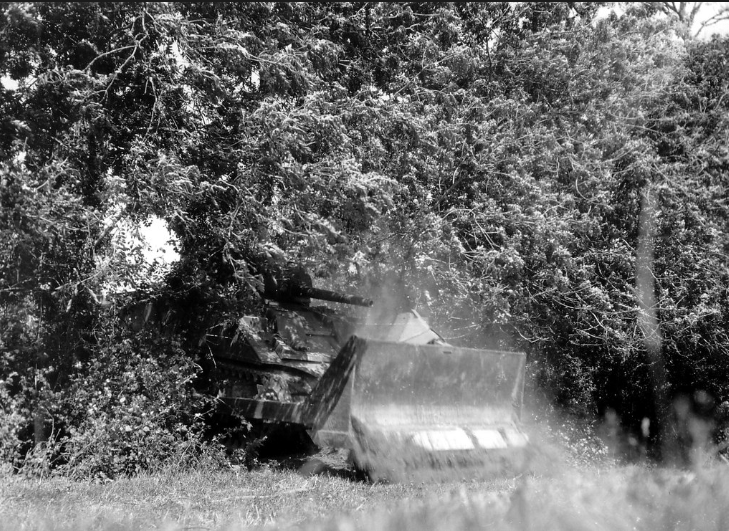