By Wednesday afternoon,most of the British perimeter was a rubble-strewn wasteland, filled with burned-out shells of buildings, and littered with bodies and abandoned equipment. Amidst this wreckage huddled the final survivors of Frost's paras. As many as tow-thirds of the men were dead or seriously wounded, and the survivors struggled on with little or no food, water or ammunition. The AT guns were out of action, the PIAT ammunition exhausted and the destruction was leaving fewer and fewer places to fight on. Yet the British continued to resist/ But all could sense that the end was near. Using superior infantry firepower, gun-armed half-tracks, and a few newly-arrived Tigers, the Germans slowly pounded the remaining British out of houses and mounds of rubble.
Attacker: German (SS) (Elements of Kampfgruppe Knaust)
Defender: British (Remnants of 1st Parachute Brigade, 1st British Airborne Division) 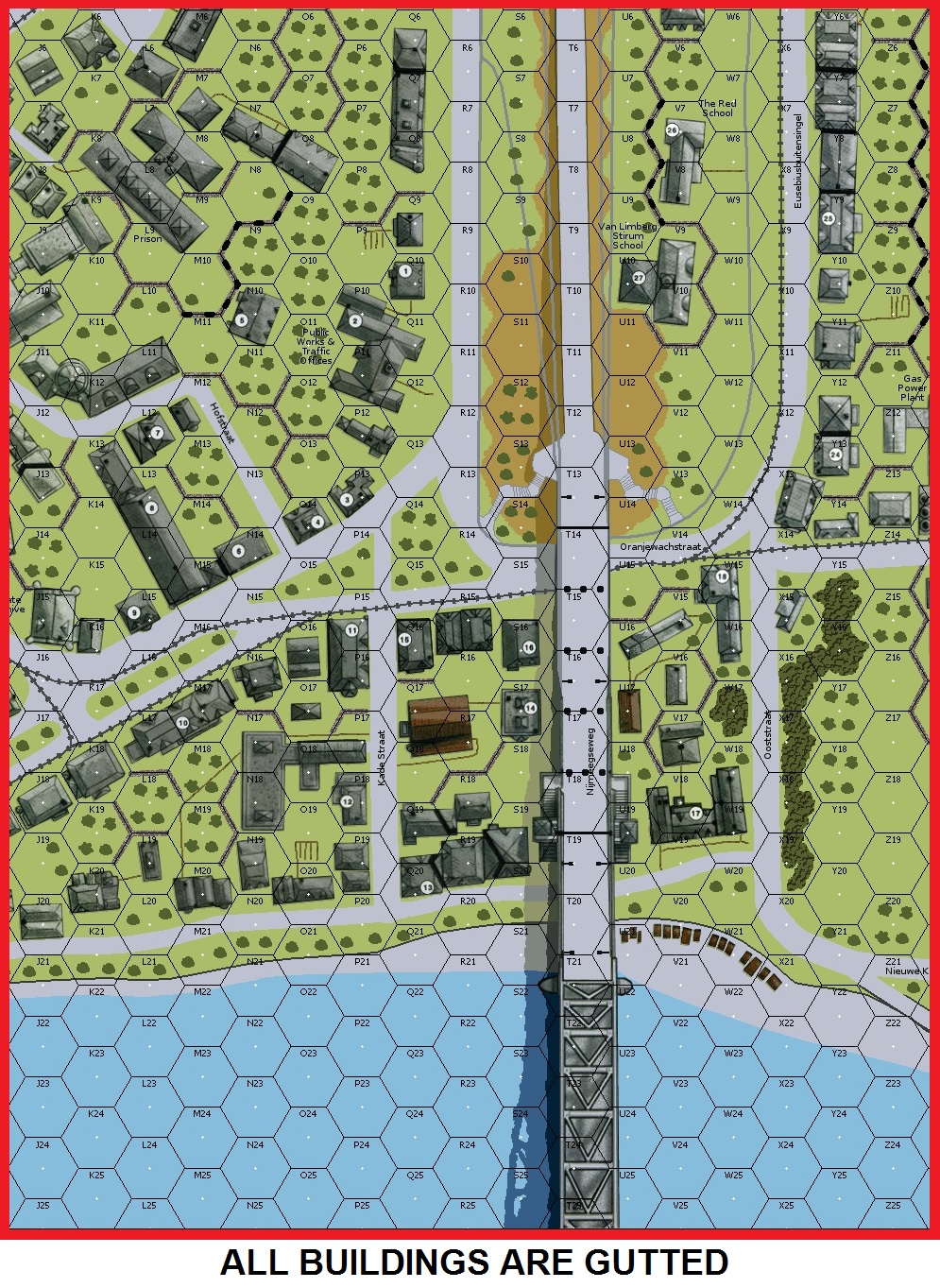 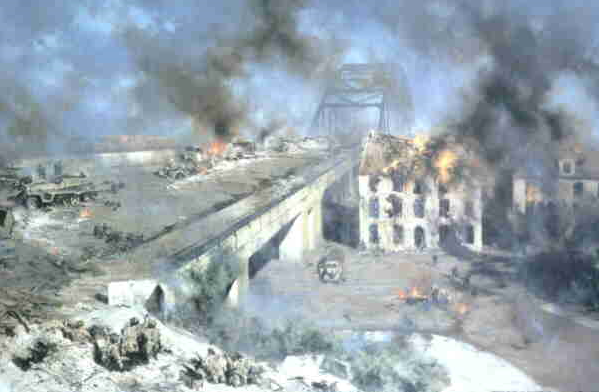