The predicament in the Ardennes was just as acute as General Model had foreseen; the Germans were stopped short of the Meuse River and no sizable Allied forces had been destroyed. The 2nd Panzer Division was one of the vanguard units near the tip of the bulge at Hargimont. On Christmas Day 1944, a kampfgruppe was hastily formed at Hargimont and ordered to relieve their reconnaissance battalion near Custinne, and then proceed west toward the Meuse. As it moved out on the 26th, it almost immediately began to receive fire from U.S. forces. . .
Attacker: German (Elements of Kampfgruppe "Holtmeyer", 2nd Panzer Division)
Defender: American (Elements of A, Co 84th Inf Division and CCB 2nd Armored Division) 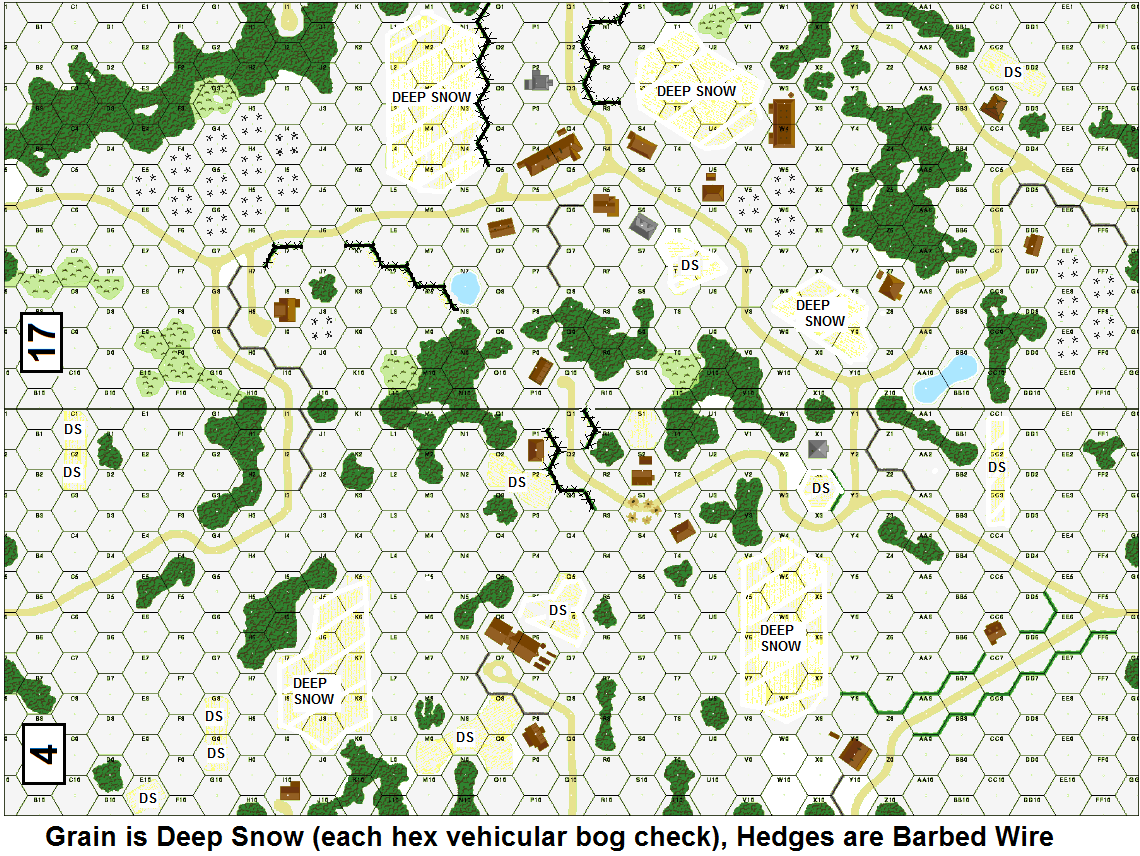