**Date, place and Overview were wrong on scenario card - corrected here by errata from CH**. . . Among the many fierce battles of Kursk some of the fiercest fighting occurred around and in the tiny agricultural village of Ponyri. The fighting was likened by both sides to a miniature Stalingrad. Along the railway running from Orel to Kursk its importance was a collection and distribution point for the collective farms in the vicinity. For 6 days this village became the focal point of immense efforts by both sides. Units of the 292nd Infantry Division had captured the railway embankment on the opening day but the struggle for control of the settlement was sucking in large numbers of German units. To support the 292nd General Model fed in the 9th & 18th Panzer and the 86th Infantry divisions. The Soviets responded in kind, feeding in more artillery, mortars and howitzers. In Ponyri itself, ferocious hand-to-hand fighting took place with heavy fire support from tanks, artillery, and SP guns, as both sides contested the village. From July 6-9 a see-saw struggle for control of the schoolhouse, tractor depot, railway station and water tower took place. German massed tank attacks impaled themselves on minefields and were shattered by the massed fire from T-34s, anti-tank guns, and tank hunting units with their anti-tank rifles and Molotov cocktails. Although the Soviets were suffering frightful losses their defenses were fulfilling the purpose for which they were designed. The task of Bleeding the Germans white was achieved.
Attacker: German (Elements of the 292nd Infantry Division and the 9th Panzer Division)
Defender: Russian (Elements of the 13th Infantry Corps) 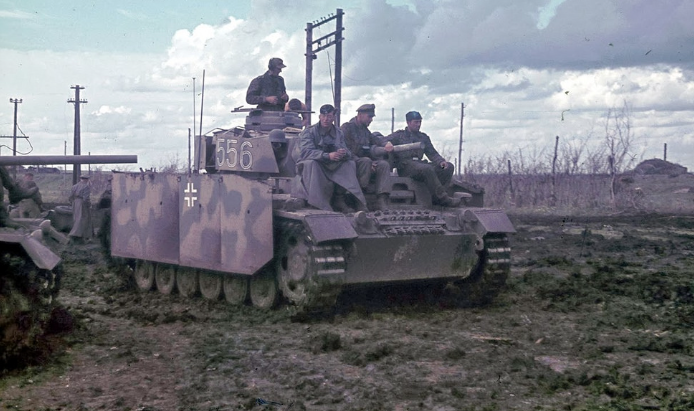