At 0535 hrs, B Company of the Argyll and Sutherland Highlanders of Canada and C Squadron of the South Alberta Regiment, under the command of Major D.V. Currie, started down the road toward the outskirts of St. Lambert. The lead tanks of the assembled force were knocked out on the outlying edge of the village by enemy panzers and a rabble made up of SS grenadiers, parachutists and Wermacht soldiers. Currie's own tank nailed a Panzer IV while a group of soldiers from the Argylls worked their way forward. ..
Attacker: Canadian (B Company, Argyil and Sutherland Highlanders of Canada supported by C Squadron 29th Reconnaissance)
Defender: German (Elements of the 3rd Fallschirmjaeger Division, 26th Panzergrenadier Regiment, 85th Infantry Division and the 12th SS Panzer Regiment) 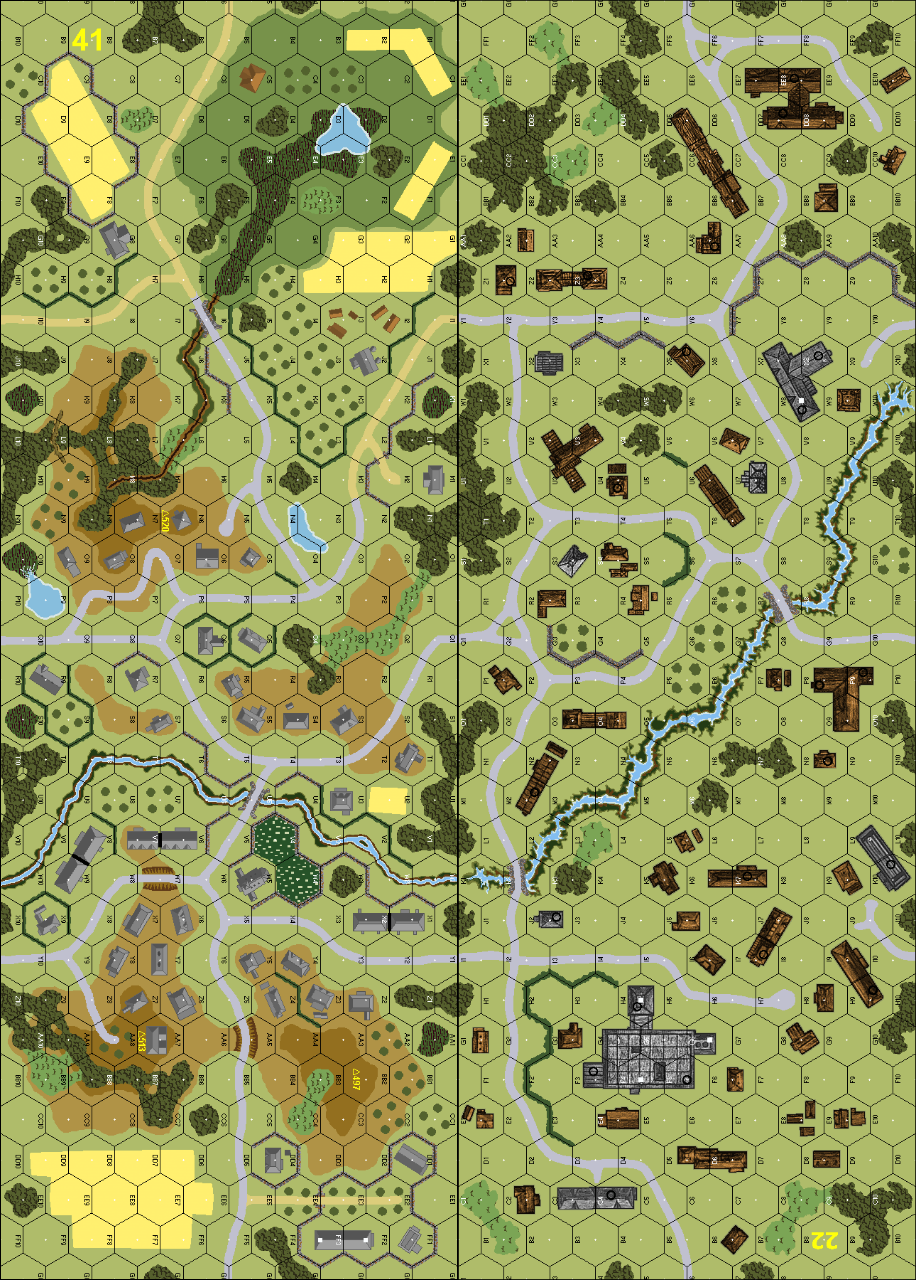 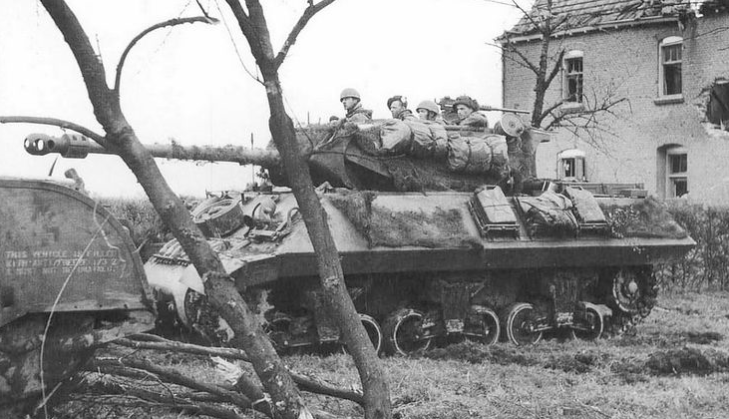 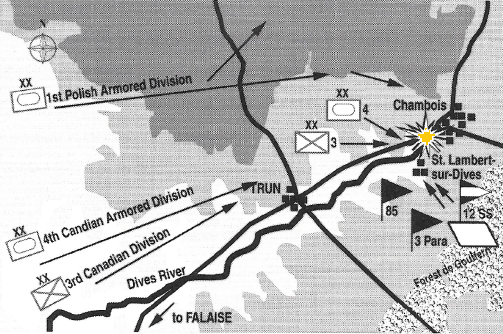