The German plan of battle for Operation Eilbote was to seize all five passes through the ‘Eastern Dorsal’ to gain control of all entrances to the Tunisian plain as well as safeguard the communications between von Arnim’s army in the north and that commanded by General Rommel in the south. On the morning of January 18th, following a short but intense barrage, the Germans attacked against French positions near Pont du Fahs. The Germans spearheaded their attack with the tanks of the 501st ‘Stalking Tiger’ Heavy Tank Battalion. . . Formerly titled "Deadly Message"
Attacker: German (Kampfgruppe Weber)
Defender: British/French/American (Barre Group's Moroccan Infantry Division; 72nd RA AT Regiment) 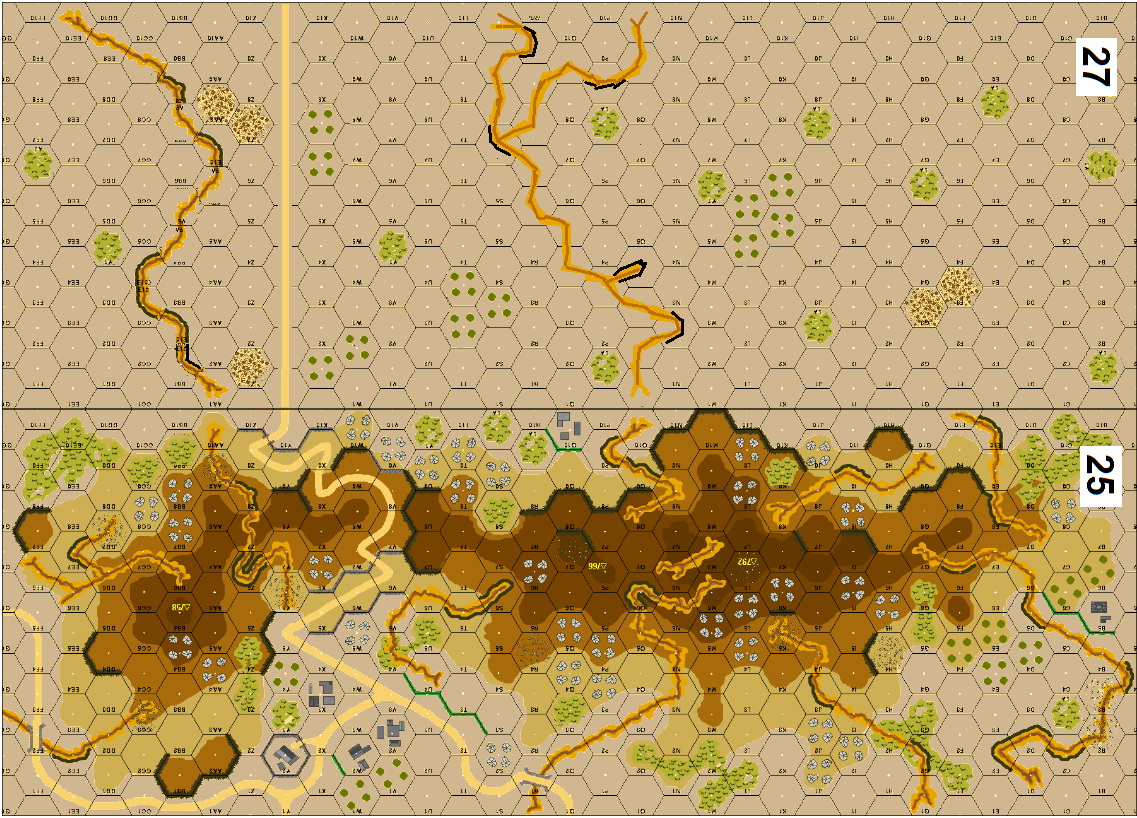