The 15th Scottish Division was quickly called upon to take up the offensive after marching inland from the beaches in the first days of the after invasion. Operation Epsom committed the Scots in a drive to cross the River Orne and to outflank the tough German defenses of Caen. The 6th Royal Scots Fusiliers had trained for four years, waiting for this first chance at glory. Their orders to take the village of St. Manvieu was that first chance. Setting out promptly at 0730 behind a barrage and wearing their “gas capes” against the steady rain, the Fusiliers made quick progress through the cornfields as they approached the town. They suddenly came under intense fire, seemingly from every direction. Casualties among the lead companies mounted quickly before they even reached the outskirts of town. Once there, the Scots faced a determined and well-camouflaged enemy, secure in reinforced buildings and bunkers. With the help of flame-throwing tanks and reinforcements from the King’s Own Scottish Borderers, the Fusiliers moved to clear the tenacious panzer grenadiers. . .
Attacker: Scottish (A Company, 6th Royal Scots Fusiliers and 141 RAC, 79th Armored Division)
Defender: German (SS) (1/26 Bn, Hitlerjugend Grenadier Regiment) 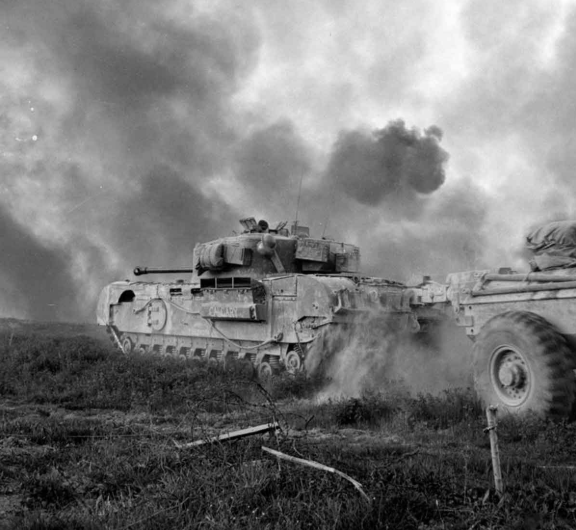