In late June 1944, the British launched Operation Epsom to outflank the German defense of Caen by piercing the line between the city and the American zone to the west. The attack threw the German front lines into chaos and their efforts to counterattack were disorganized in the extreme. Just south of the important crossroads village of Cheux lay the quiet town of Le Haut Du Bosq, where, as the advance left it behind, the untried 5th Duke of Cornwall’s Light Infantry was settling their headquarters. As the DCLI dug in around the village center, a troop of Panthers came rolling over the hedges right into their laps. The Panthers, without infantry support, were from the 2nd Vienna Panzer, the only unit to get off the start line in the morning’s planned counterattack. . .
Attacker: German (Elements of 2nd Panzer Division)
Defender: British (Elements of 5th Duke of Cornwall's Light Infantry) 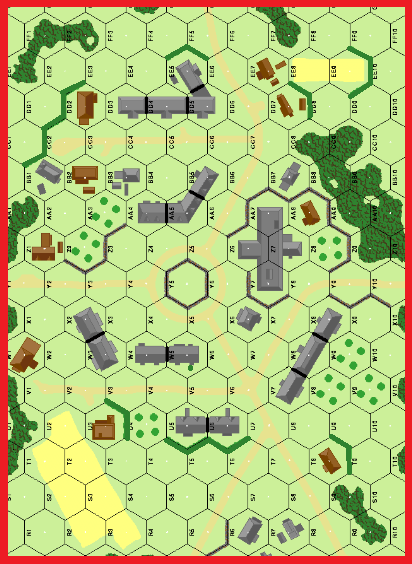