With the arrival of paratroopers from the vaunted 82nd Airborne Division, the Americans were in position to take the offensive at Hotton. As it seemed impossible to drive the few tanks across the gardens to strike directly toward the road leading to Soy, an alternate solution for mopping-up the buildings still German-held was adopted. In the meantime, the Germans had fortified these same houses and laid mines nearby.
Attacker: American (560th Volksgrenadier Division)
Defender: German (517th PIR and the 3rd Armored Division) 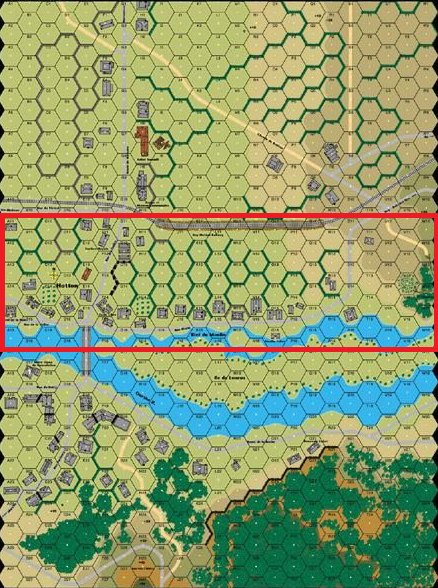