The Epsom offensive had driven a wedge into German defenses west of Caen by June 27tyh, allowing the Scottish 15th Division to gain a small bridgehead over the Odon River. During the heavy midnight rains of the 27th, the 3rd Monmouthsires of the 43rd Wessex Division were ordered to move up to solidify the British gains. The inexperienced Monmouths lost their bearing in the dark. Finding themselves well off track they set up a defensive perimeter in the quite village of Mouen to wait for dawn. At first light most of the battalion promptly marched off for the bridgehead, leaving Major Richards and A Company behind to hold the village until relief arrived. The Monmouths, nor higher command, knew it but Mouen was one of the first objectives of the morning counterattack planned by the 1st SS Division.
Attacker: German (SS) (Elements of 1st SS Panzer Division "Adolf Hitler")
Defender: British (A Company, 3rd Monmouthshires, 43rd Wessex Division)

Guns: A:0 D:0
OML 2-in. Mortar
Errata (source)
Players wanting to play this game/Request a match: 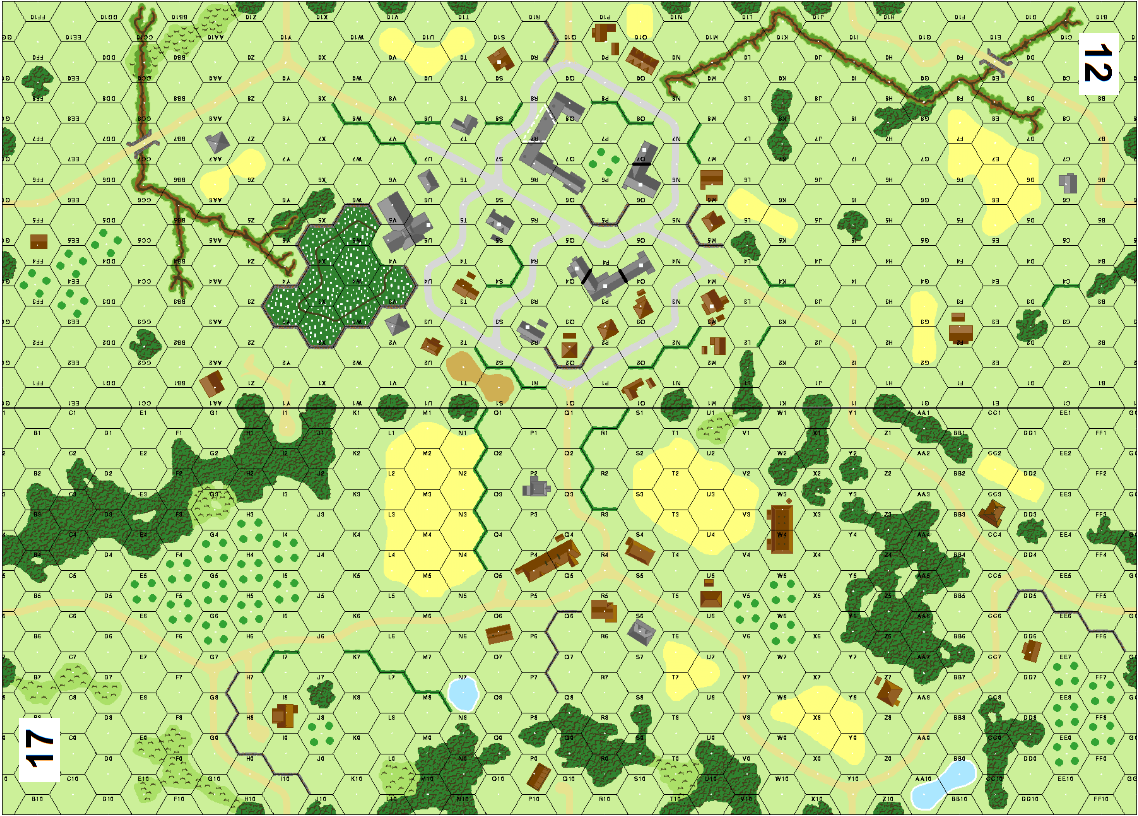