At 04:10 AM, on the morning of the invasion, the Toender Garrison was alerted that German forces were crossing the border. Shortly afterward, the Germans arrived at the barracks, but at the last minute the garrison had moved out of Toender to the north. The garrison conducted a series of delaying actions along the road north. At Soelstad, a Danish anti-tank unit set up a defensive position. The Danish AT team was able to knock out one armored car and hit a second several times, causing it to retreat. The Germans send out units on each side of the road to outflank the Danish positions but they were met with such heavy fore that the assault quickly bogged down. The German commander finally asked for air support and several Henschel HS 126 planes appeared, strafing and bombing the Danes. The fire got so heavy that the Dames were forced to fall back to Bredebro. The small Danish force could take pride in having held up an entire German division for over an hour, but upon reaching Bredebro they learned that Denmark had surrendered.
Attacker: German (Elements 11th Motorised Regt)
Defender: Danish (Toender Garrison) 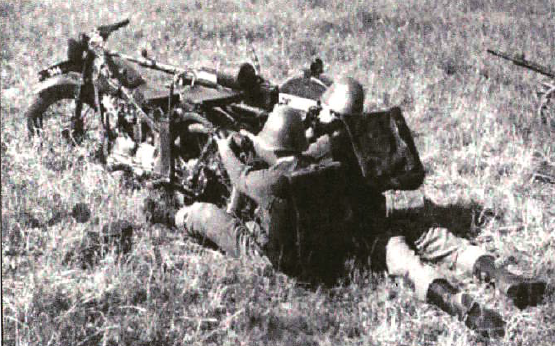