At 1730 the III/SSD, which was in the lead, reported that Diessan was being defended by two squadrons of te French 4th Regiment de Dragoons Portes, 1st Light Mechanized Division, while the bridge across the Dommel River burned. The III/SSD was ordered to capture the bridge immediately and prevent its destruction while the I/SSD bypassed to the south. The III/SSD became involved in a lively fire-fight with the French Dragoons.
Attacker: German (SS) (Elements of III Battalion, SS-Regiment Deutschland)
Defender: French (Elements of the 4th Regiment de Dragoons Portes) 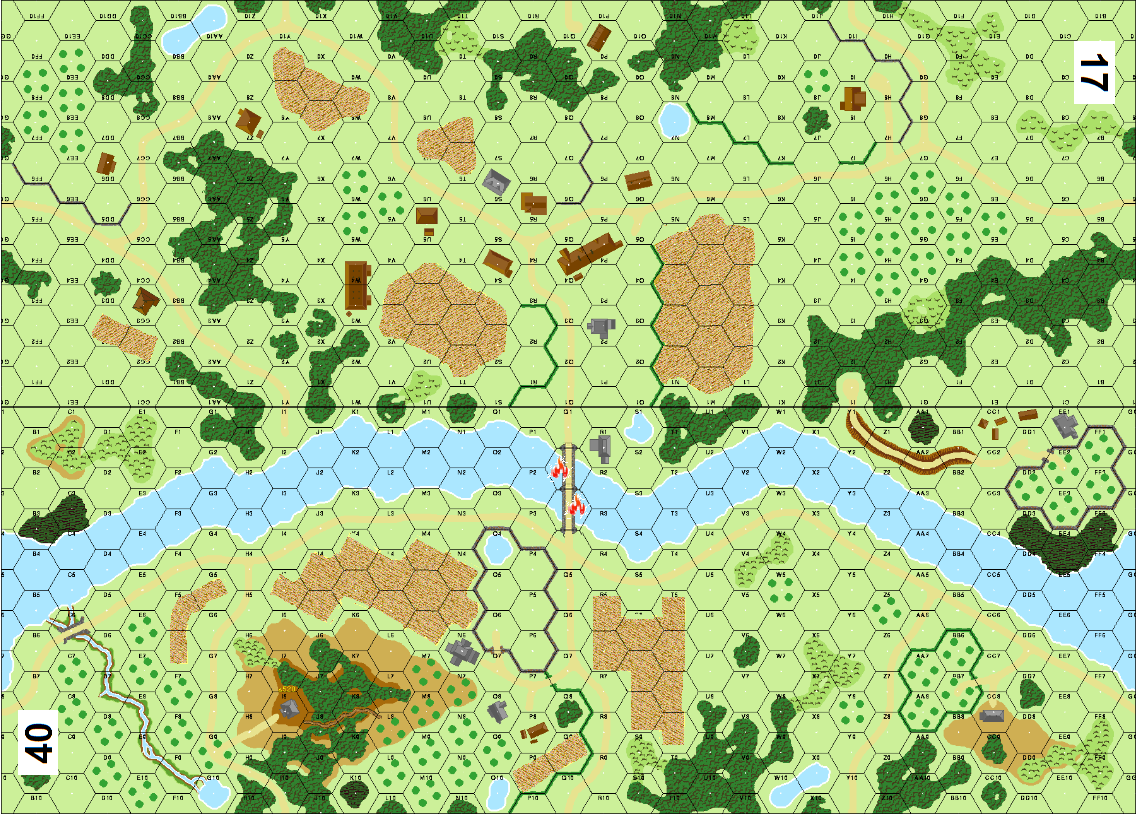 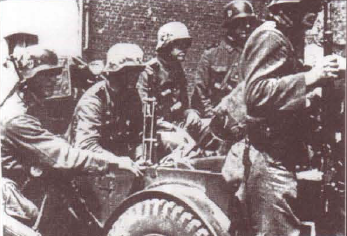