This scenario, which purports to represent attempts to close the Falaise Gap in August 1944, is actually a rare three player scenario, with players representing the Americans, British, and Germans. . . .During the encirclement of the Falaise pocket, in August 1944, the 3rd Army of General Patton was supposed to go no further north than Argentan, an objective reserved for the British (for whom? for Monty, of course). And indeed, the Americans did not go further, Bradley's orders being firm, a good part of the encircled Germans were able to flee through the Argentan-Falaise Gap. Patton had this famous phrase: "We have forces at Argentan. . .Let me go to Falaise and we'll drive the English back to sea, like another Dunkirk.” So, if we go this time. . .
Attacker: American / British (No more details)
Defender: German (No more details) 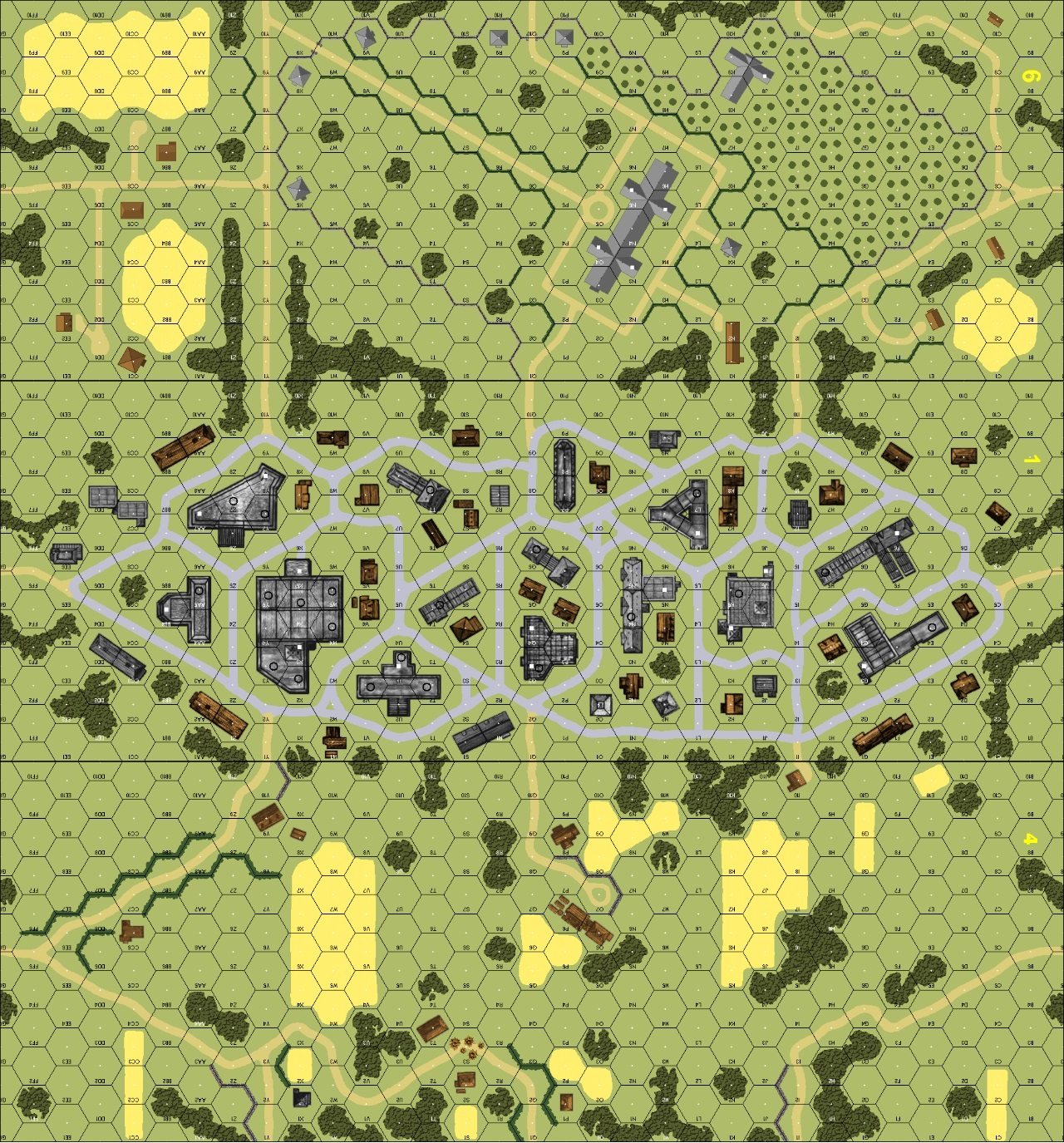