By April of 1945 the Second World War was entering its final agonies. For soldiers of both sides, there remained the mere formality of determining whether or not they would be alive at the end. In some cases the nearly-defeated Germans continued their resistance and exacted a toll from their enemies. Such was the case with the Training and Replacement Battalion of the 12th SS Panzer Division Hitler Jugend. In January of 1945, the battalion received its first influx of soldiers-to-be: 17-19 year old recruits from North German Hitler Youth companies. Nicknamed Panzer-Teufel -- "Tank Devils" -- their training pamphlets laid down their bylaws in no uncertain terms: the young recruits were exhorted to shoot first -- their standing orders were to be prepared to kill their enemy. Early in April of 1945, the Panzer-Teufel soldiers found themselves defending the Weser River Line. The British bridgehead opposite the town of Leese would provide them with the opportunity to put their skills to the test.
Attacker: British (G & H Companies, 8th Battallion Rifle Brigade, 29th Armored Brigade, 11th Armored Division)
Defender: German (SS) (Kompanie 5, SS Ausbildungs | Batterie 5, RAD Flakabteilung 280) 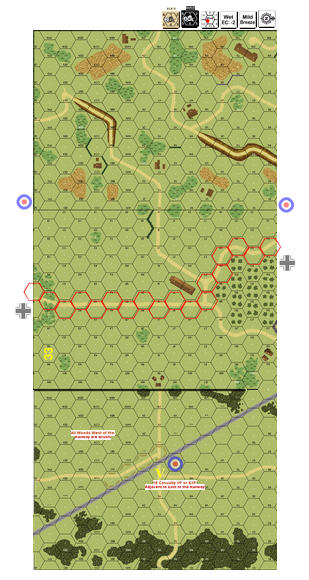