The First Canadian Division commander, Chris Vokes after studying patrol reports decided to establish a bridgehead and chose to cross the Moro at three points. The bridgeheads; on Route 16 near the mouth of the Moro, at San Leonardo and at Villa Rogattia village two miles upstream from San Leonardo. The Hasty Ps were to cross the Moro on the right, while the Seaforth of Canada took San Leonardo in the centre and the PPCLI on the left were to capture the village of Villa Rogatti, two miles upstream from San Leonardo. The only clear-cut success was gained by the PPCLI who had slipped across the Moro at an unguarded ford and by dawn had captured the village in a short but savaged battle. When morning came, the Germans launched their first counter attacks along the Moro producing mixed results, and still unable to dislodge Major W.D. "Bucko" Watson and his company as they stood firm on the north bank...
Attacker: German (Elements PanzerGrenadier Regiment 200)
Defender: Canadian (Elements Princess Patricia's Canadian Light Infantry and 44th Royal Tank Regiment) 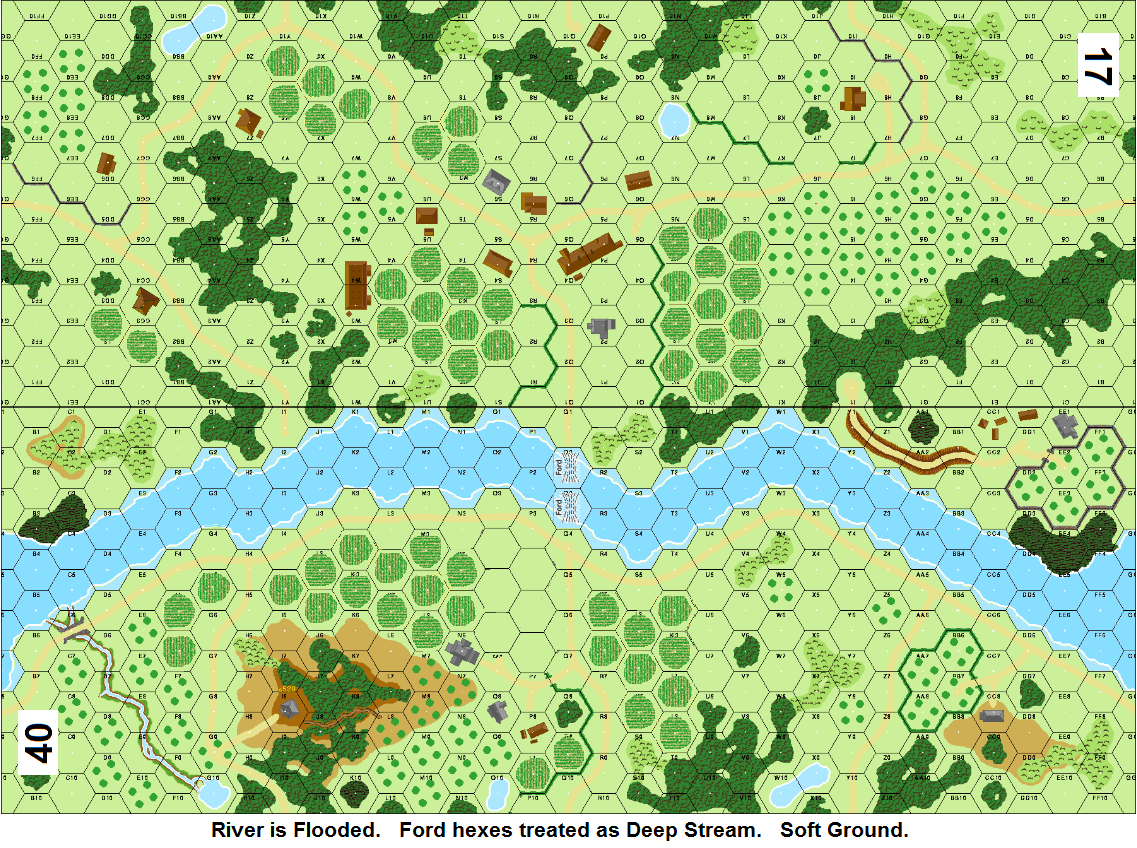 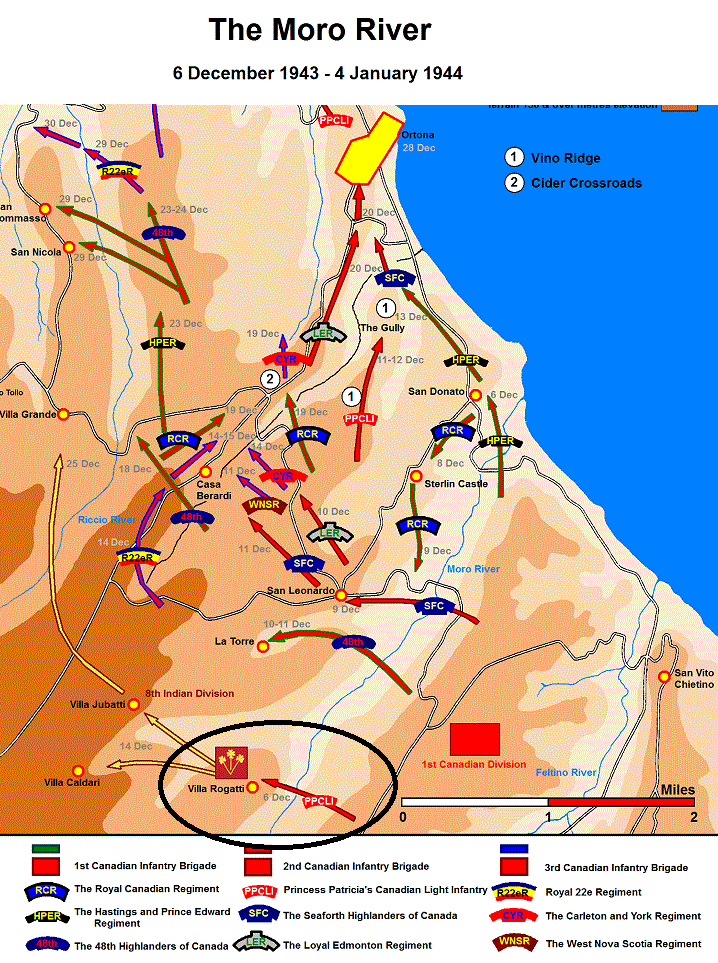