"Four Aces" - In Dinant, 15th Army Corps of General Hoth crossed the Meuse in force and created openings on the first day. The 9th French Army saw its front disintegrate, and it absolutely had to react vigorously. General Bruneau, controlling the 1st Reserve Armored Division, received the command to counterattack in the sector of 9th Army Corps. The axis of attack was Phillippeville-Dinant, to reverse the direction of Rommel’s 7th PanzerDivision… In the scheduled attack, the French suffered from numerous disadvantages: lacking infantry and modern transmissions, no DCA, no recon units and no coordination between infantry, armor and air support. The gasoline supply was chaotic, as much from the Luftwaffe as the gargantuan consumption of the B1-bis. Planned for the evening of the 14th, the attack was postponed to the following day and the French tanks were placed at the entrances to the village of Flavion. The two half-brigades of the tank division (150 machines) unknowingly faced the 5th and 7th Panzer Division that moved in the first hours of May 15th.
Attacker: German (25th Panzer Regiment, 7th Panzer Division)
Defender: French (26th BCC, 1st DCR/28th BCC, 1st DCR) 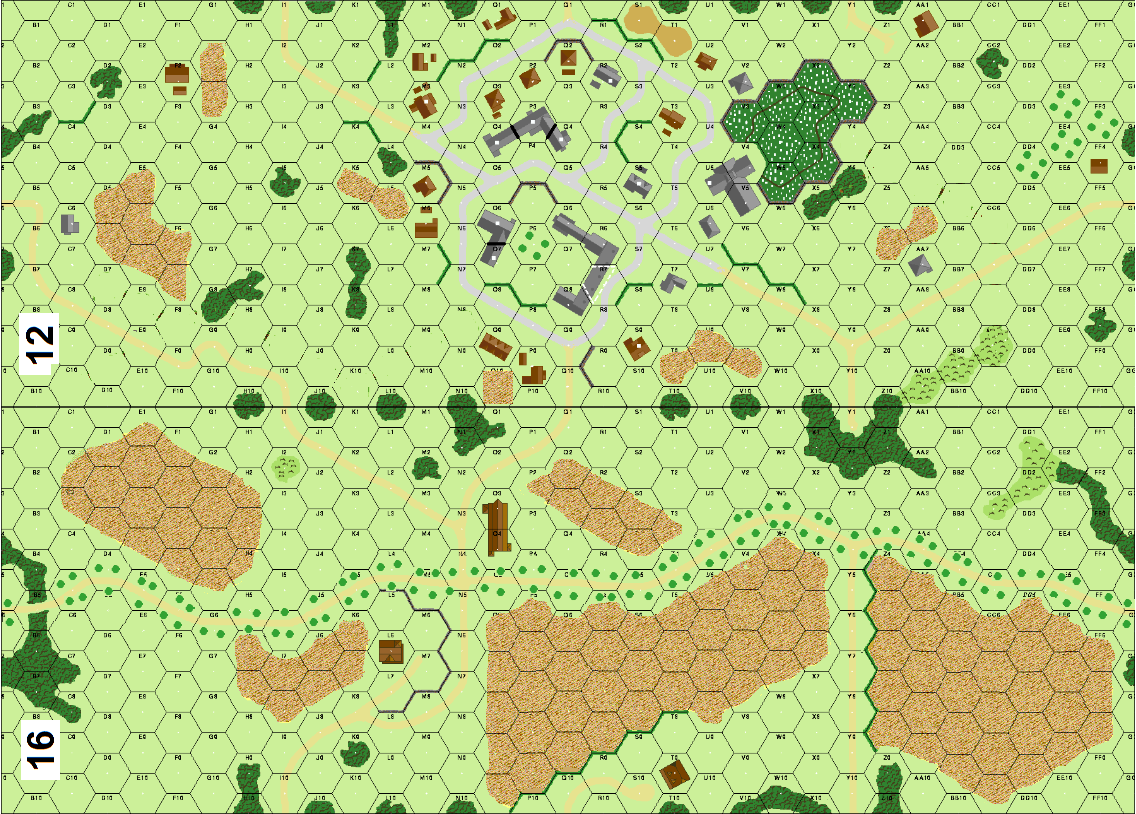 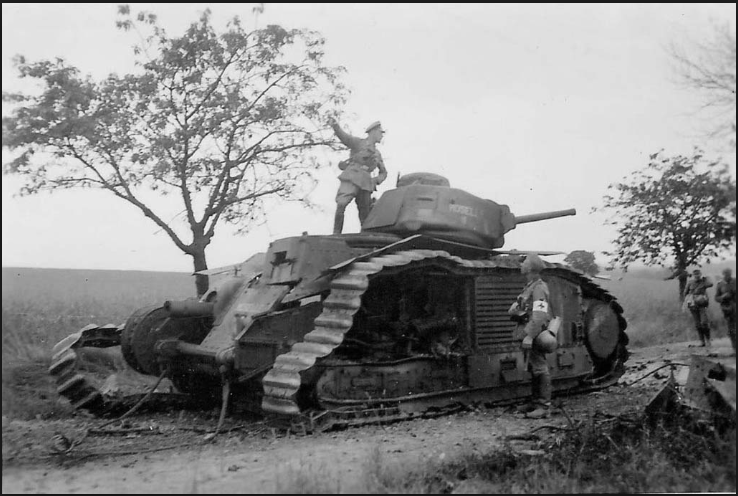 German officer on top of a knocked out French B1-bis