As the drive on Warsaw continued, the 4th Panzer Division, with SS Leibstandarte Adolf Hitler Regiment attached, was given new orders to attack through the Warsaw suburbs of the Bzura sector, at the bend of the Vistula River, to seal off the western approaches to the capital, which the desperate Polish High Command was trying to keep open for reinforcements fighting their way east. Occasionally the Polish defense crystallized in localized hedgehogs that slowed and sometimes stopped the increasing momentum of the German Blitzkrieg. One such place was Sochaczew, where elements of the 17th Infantry Division were determined the German onslaught would stop there.
Attacker: German (SS) (Battalion 1, SS Leibstandarte Adolph Hitler Regiment with 36th Panzer Regiment, 4th Panzer Division)
Defender: Polish (17th Infantry Division with Anti-Tank Section) 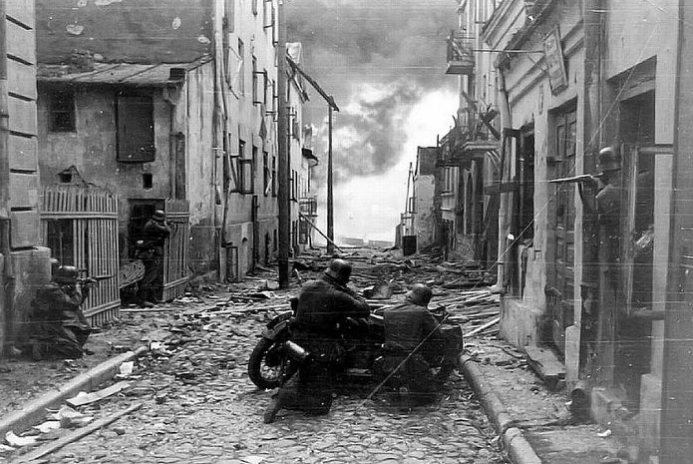