In an effort to strengthen and expand the Tunisian bridgehead perimeter, the XC Corps used strong motorized patrols to keep the Allies off balance. An Italian motorized column was dispatched towards Bedja via Sisi N'Sir on the 21st. It soon found its advance blocked at Sidi N'Sir by French troops of the 2nd Battalion of the 15th Sengalese Regiment. A fierce struggle soon developed as assault guns were brought forward to eliminate the stubborn defenders. The Sengalese were supported by one 47mm and one 25mm anti-tank gun, as well as two armored cars which had been sent to reinforce them.
Attacker: Italian (Elements of the 92° Reggimento Fanteria and the DLVII° and CXXXVI° Gruppi Semoventi)
Defender: French (Elements of the reinforced 2ᵉ Bataillon /15ᵉ Régiment de Tirailleurs Sénégalias) 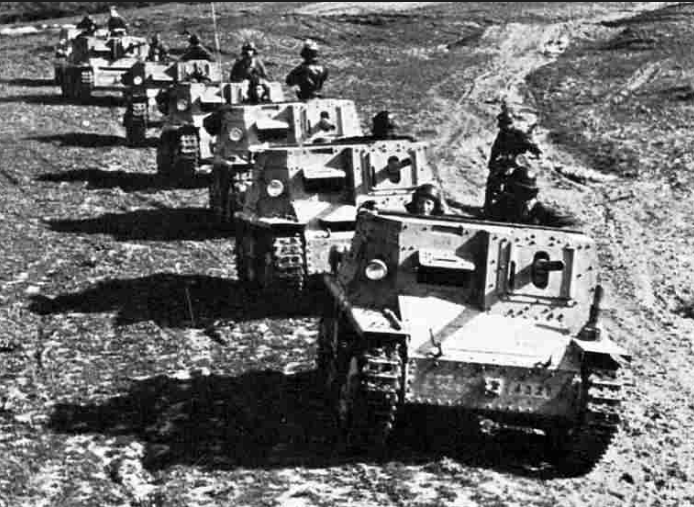