As part of "Operation Bagration", the Soviet 3rd Byelorussian Front was to thrust down the main Moscow-Minsk highway towards Orsha, using the heavily reinforced 11th Guards Army. Barring the way was the 78th Sturm Division of the German 4th Army, reinforced by some 40 Sturmgeschitz and Nashorn tank destroyers. The Germans had also erected extensive field fortifications. Since this was the only decent tank country in the area, the Soviets planned to use special armored shock groups to facilitate rapid penetration. The Soviets opened their attack on the 23rd with a bombardment of unprecedented ferocity, after which their armored shock groups crashed into the German defenses. . .
Attacker: Russian (Shock groups of the reinforced 36th Guards Rifle Corps)
Defender: German (Elements of Sturm Division 78 and Stug Abt. 178) 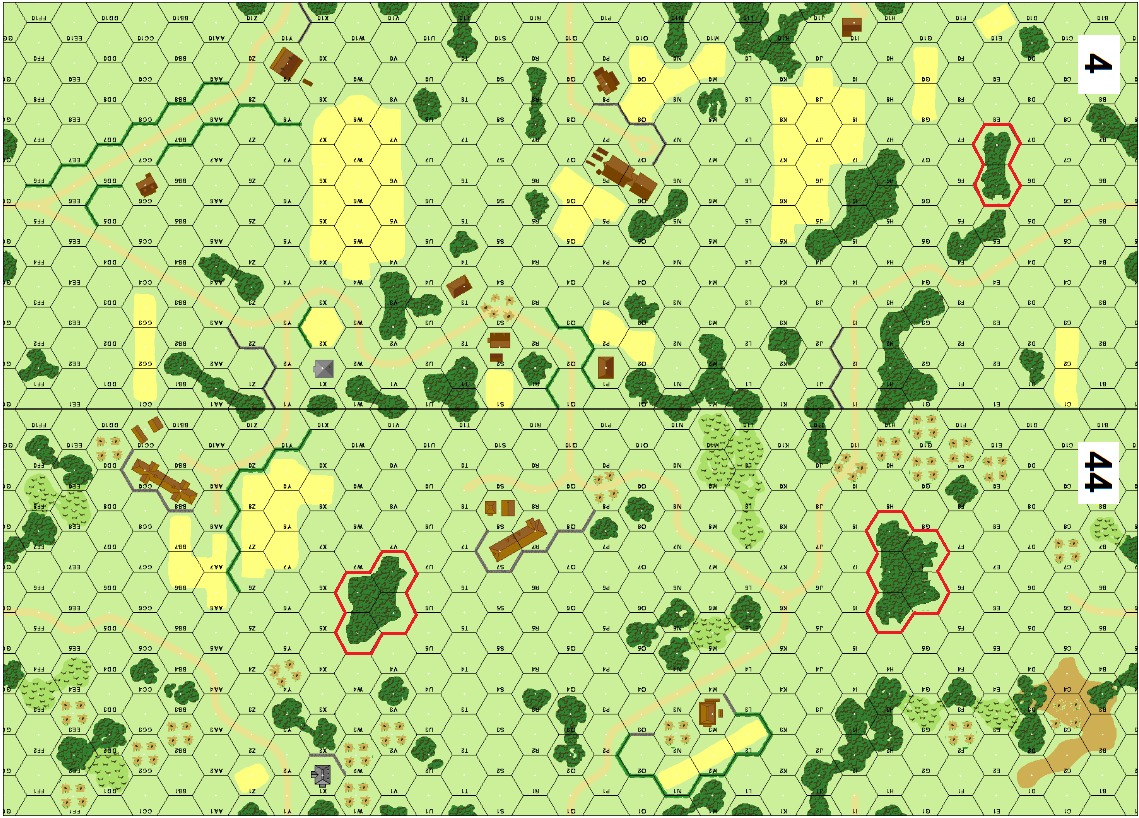