Major General Gerhardt wanted to enter St. Lo with a bang, not a whimper. To accomplish this he formed a special motorized task force centered round the 29th Recon Troop, five Shermans from the 747th Tank Battalion and twelve M10 tank destroyers from the 821st Tank Destroyer Battalion. The 29th Recon Troop entered St. Lo utilizing every path and road that was not blocked by rubble. Their objective was to seize a strategic road junction. They fought their way to the junction and a command post was set up. A German mortar barrage registered on the junction began to fall, and so did rounds from an 8.8cm gun firing down the Rue de Bayeux. . .
Attacker: American (Elements of the 29th Reco Troop, Task Force Cota (29th Infantry Division))
Defender: German (Elements of Infanterie Division 352)) 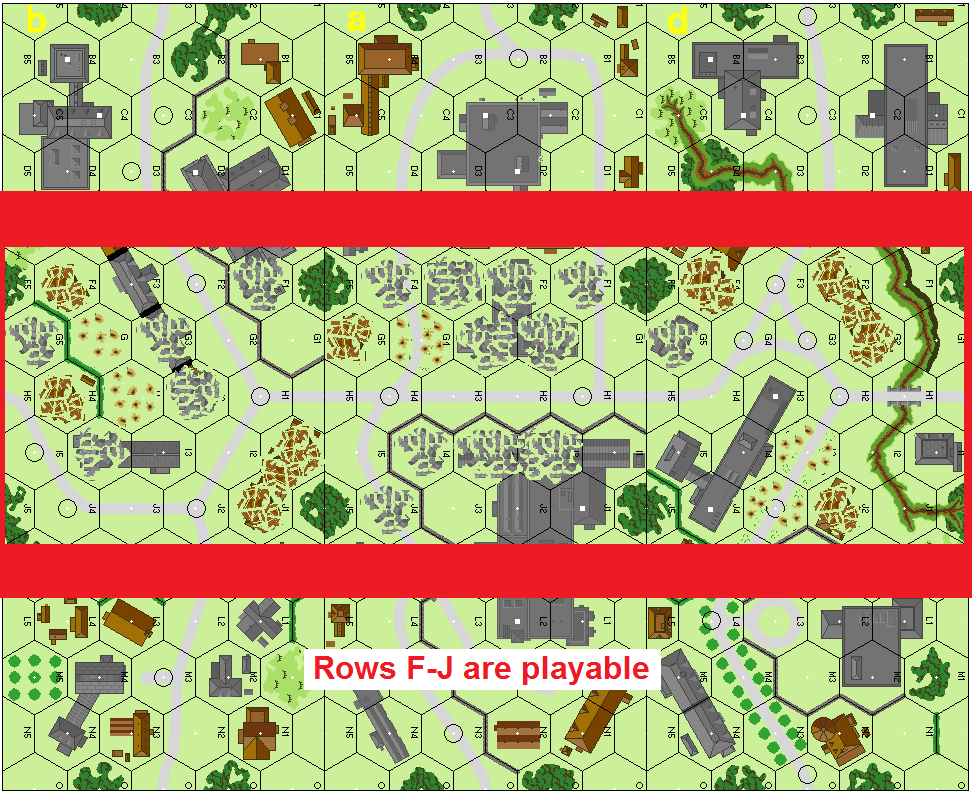