"Clash of the Titans" - - - -On 12th January 1945, the 1st Ukrainian Front under Marshal Konev smashed its way across the Vistula at Sandomierz. Its two Tank Armies, mustering around 1400 tanks, had to force open the breaches created by the infantry. The Germans, despite having established lines of fortification placed their main hope on their armor, particularly the panzers of schwere Panzer Abteilung 424 (formerly sPzAbt 501). Indeed, this unit had no less than 52 Tiger tanks, between 14-45 of them Tiger VIB’s. However, despite the presence of this heavy battalion, the XXIV Panzer Corps under General Nehring, numbered less than 300 vehicles. Additionally, due to the meddling directives of Hitler, many of its units were located too close to the front line. Thus, sPzAbt 424 would pass all of the 12th inactive, awaiting orders which never arrived because its communication lines had been cut by Russian artillery. The next day, in the confusion, he was forced to use the heavy unit to try and defend the supporting German infantry and stop the Russian tanks. - - - -Victory conditions: To win, the Russian player must have > mobile tanks with functioning MA on Board 21 than the German player at scenario end.
Attacker: Russian (Elements 29th Guards Heavy Tank Regiment [SAN:0] Enter on Turn 1 on eastern edge)
Defender: German (Elements sPzAbt 424 [SAN:0] Enter on Turn 1 on 44P1) 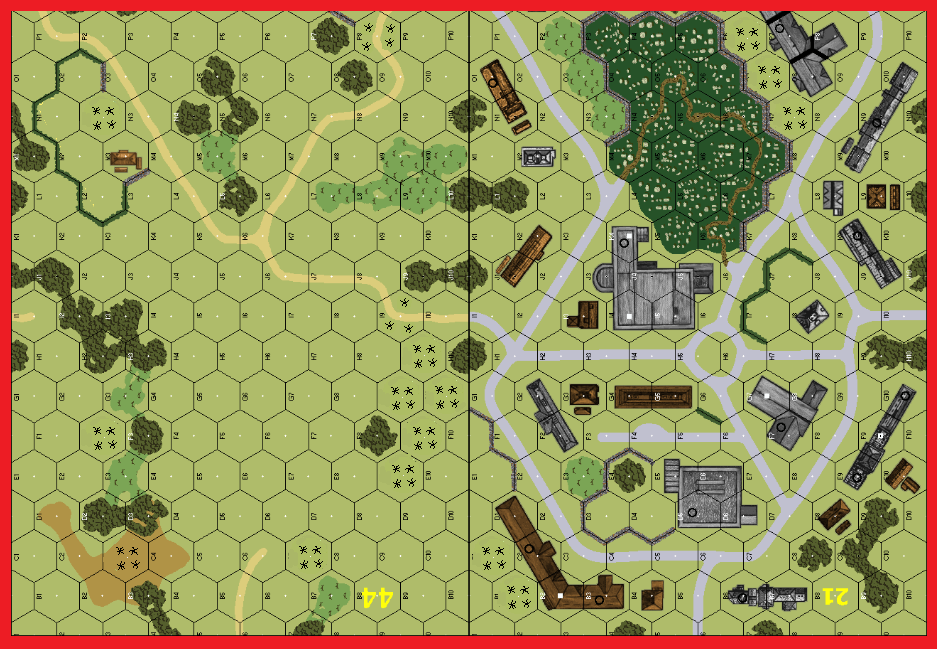 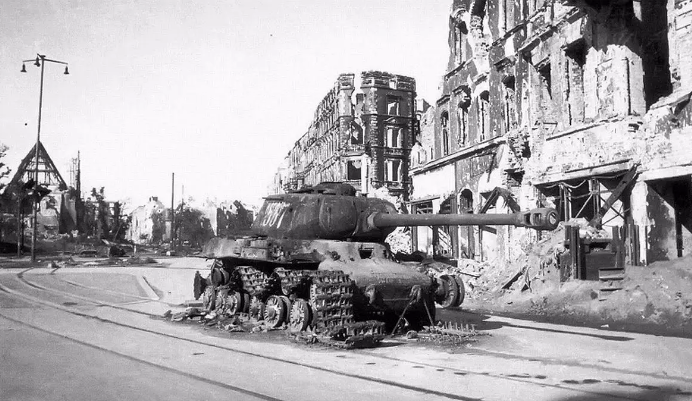