On the night of February 15th, the 2nd Battalion had moved 3km north of the Flyover and had taken up positions astride the Via Anziate - a wide paved road that served as the main highway between Anzio and Rome. Dawn found Captain Felix Sparks' E Company well entrenched, with concealed AT guns and tank destryers zeroed-in on the roadway. Unexpectantly the 167th Brigade of the British 56th Division, situated to the west of the 157th Regiment, pulled back. This exposed the left flank of E Company, a situation on which the Germans were quick to capitalize. Following an intense but largely ineffective bombardment, the air was filled with the sound of whistles and revving engines. The German attack to "lance the abscess of Anzio" was launched.
Attacker: German (725th Regiment, 715th Division)
Defender: American ("E" Company, 2nd Battalion, 157th Regiment, 45th Infantry Division) 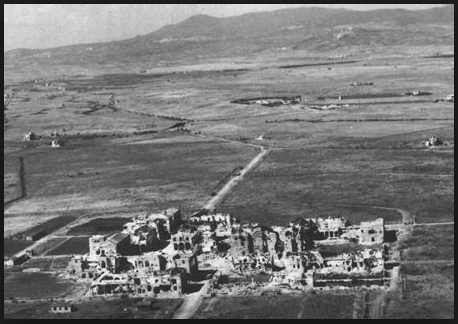