The Germans launched the attack into the Barrikady factory area on 17 October. Bloody fighting ensued for several days. The Germans attacked south down the railway, and eventually penetrated east of it, but at a high cost for each meter of ground. The troops on both sides had become exhausted. The Russians formed factory workers into militia units and put them into the factories to fight. Each day of fighting was bitter, with much blood spilled and the 24th was no different. German forces crashed into the factory complex and entered the work halls. A back and forth battle raged, with individual rooms changing hands numerous times.
Attacker: German (Reinforced elements 389th Infantry Division)
Defender: Russian (Elements 138th Rifle Division) 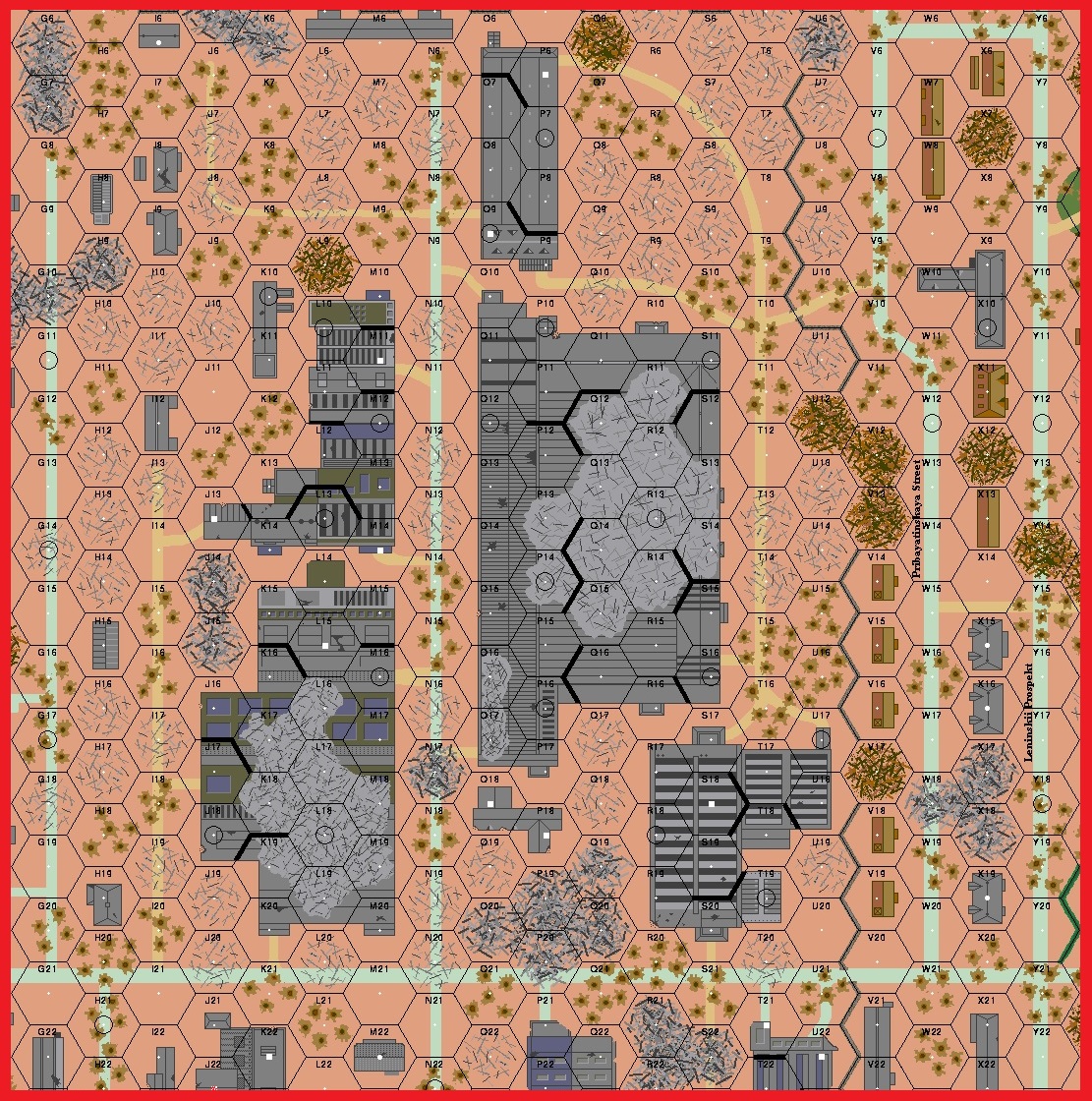 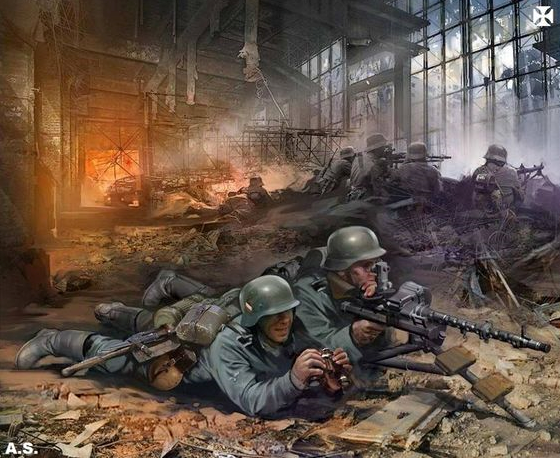