The Das Reich Division was shielding the eastern flank of the 2nd SS Panzer Corps. General Rotmistrov’s 5th Guards Tank Army had launched the counterattack planned to blunt the SS spearhead. Called “Steel, Steel, Steel!” to signal the beginning of the attack, the 1st Battalion of the Der Fuhrer regiment was faced with heavy counterattacks by two Soviet armored brigades of the 2nd Guards Tank Corps. The Russians broke through the Deutschland regiment and drove on the village of Iasnaia and Kalinin. In their way and unbeknownst to the Russians stood a company of captured T- 34’s that had been seized by the Division earlier in the year. The Russians sought cover in the valleys between the hills, when above them stood the German T-34’s to which they were completely vulnerable.
Attacker: Russian (Elements of 25th Guards Tank Brigade)
Defender: German (SS) (Elements of the 1st & 4th Battalion of the der Fuhrer SS Panzer Regiment and TD Battalion) 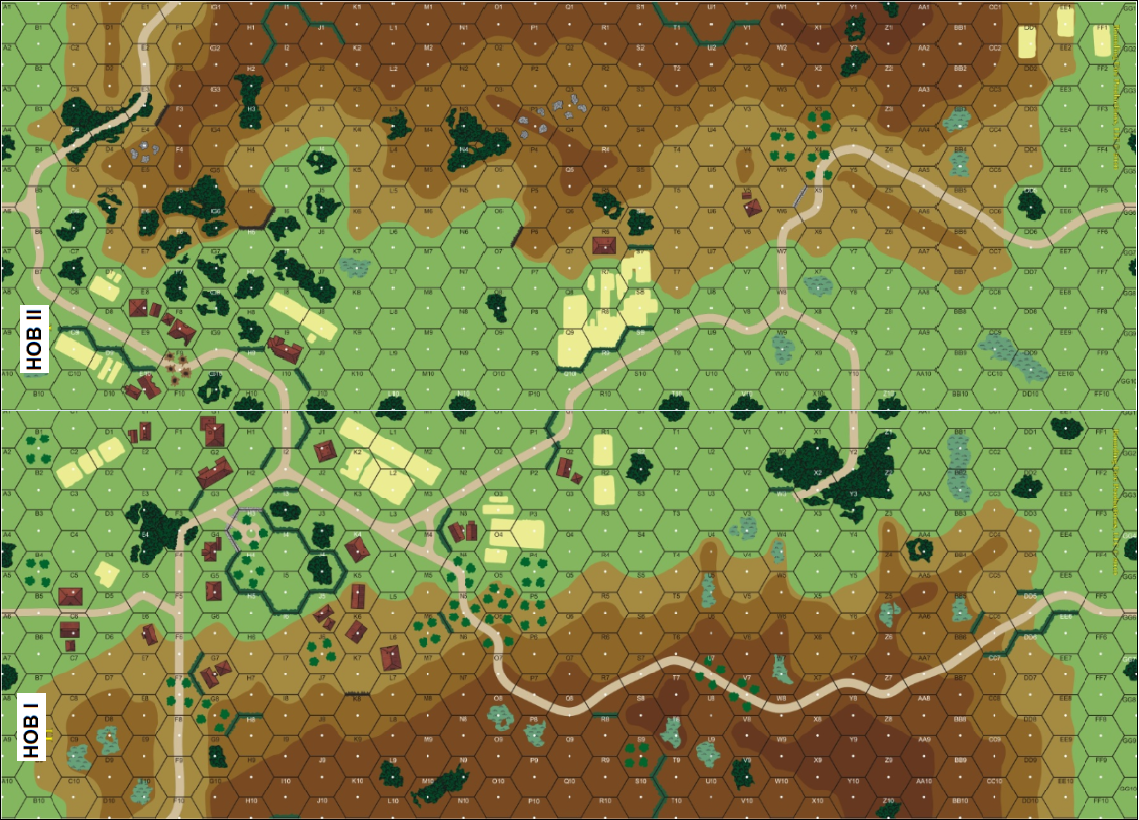