The 23rd Panzer Division had totally encircled Boulogne. On the 24th the situation was critical for the defenders, who battled alone in isolated groups. The fortress held out alone, its garrison pushed back two attacks, one at 18:00 and the other at 20:00. The Germans would put the night to good use to carefully plan the next day’s attack. At dawn, the 88mm guns opened fire on the fortress with its ten meter thick walls. But it was the assault pioneers who used explosive charges and formidable flamethrowers who reduced the French positions one by one.
Attacker: German (Elements of Schutzen Regt 2 and of Pionier Bn. 38, 2.Panzer Division and elements of Flak Battery 8. and 2. Panzer Division armor)
Defender: French (Elements of 48eme Regiment d'Infanterie of 21eme DI, of 35eme RA and of 12eme Regiment de Cuirassiers) 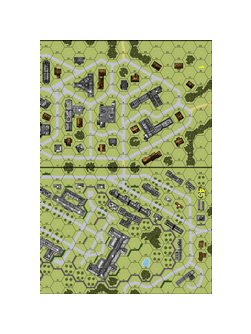