American forces dropped from the skies on June 6th were finally consolidating and receiving reinforcements and supplies. Commander of 7th Corps, General “Lightning Joe” Collins, came ashore to plant his flag on French soil. Stopping at a tank park, he told Lt. Col. Hupfer, CO of the 746th Tank Battalion, to get up and help the 82nd Airborne which might be in trouble. Hupfer, not apt to drag his feet after speaking to a corps commander, charged straight on into Ste. Mere-Eglise. As the tanks approached a hill on the road, they were taken under fire by the mobile anti-tank battalion from the 709th Infantry Division.
Attacker: American (746th Tank Battalion / 505th Parachute Infantry Regiment / 8th Infantry Regiment)
Defender: German (Regiment 1058, Luftlande-Infanterie-Division 91 / Panzerjäger Bataillon 709) 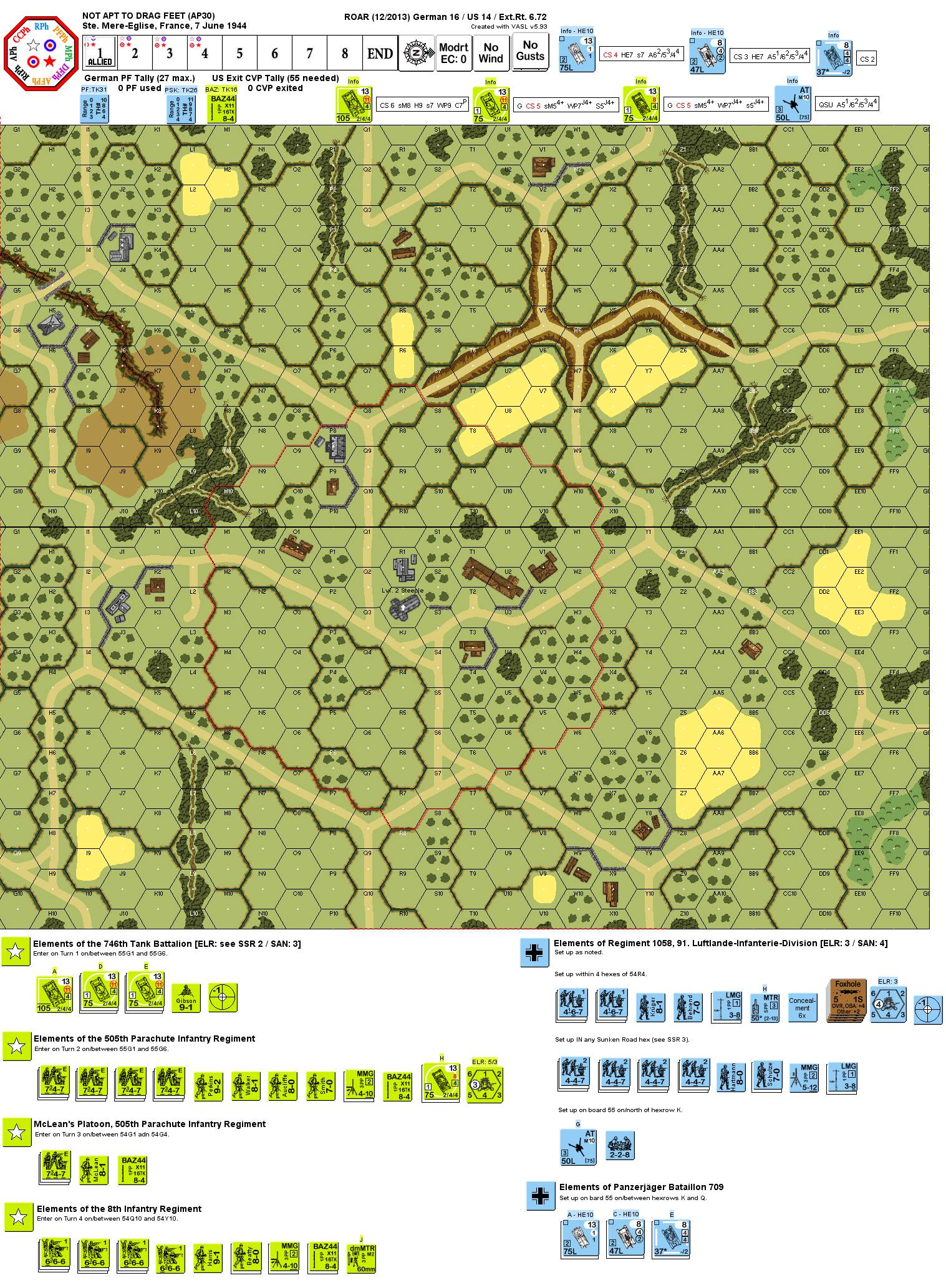 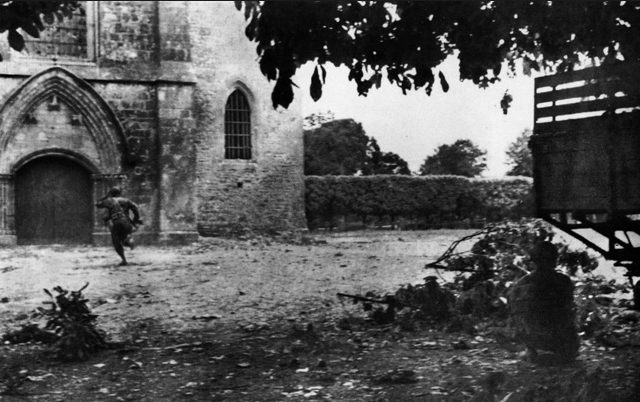 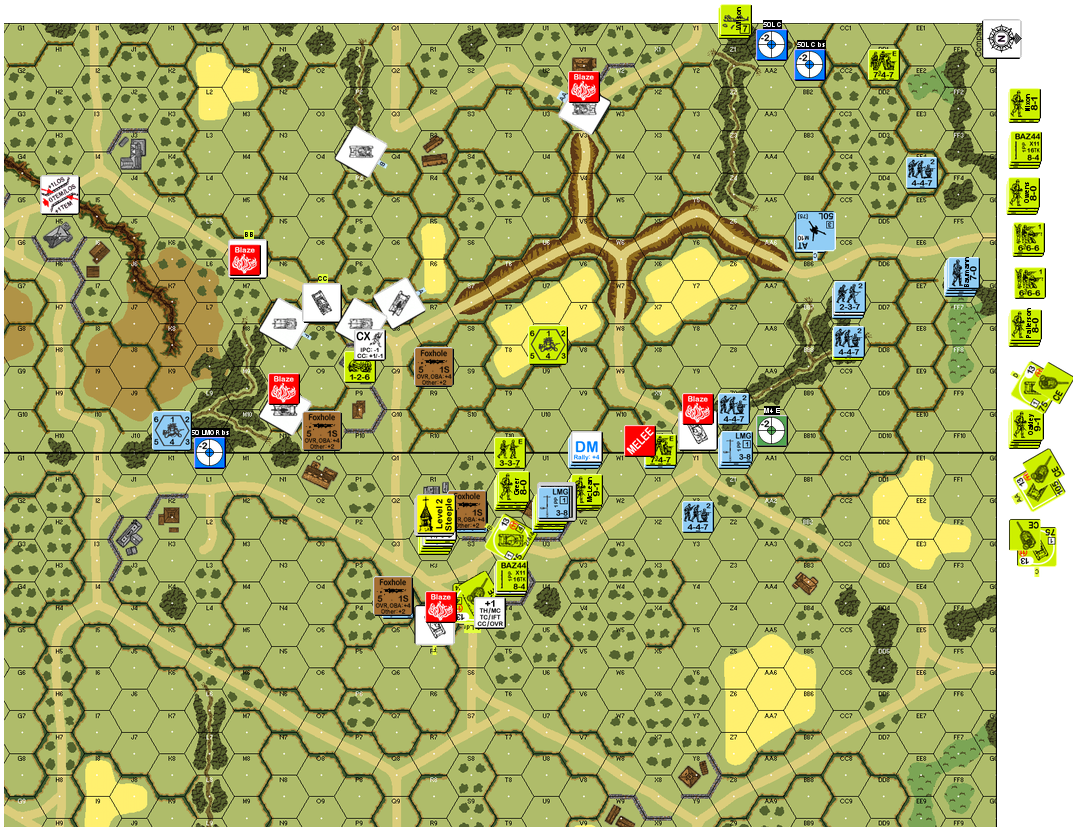