The brigadiers commanding 69th Infantry and the supporting 8th Armoured Brigades had accompanied B Squadron of the Dragoons Guards up Hill 102, south of Cristot. Opposition was light, but infantry would be needed to secure the position. The Green Howards were summoned, and looked with dismay at the difficult country they would have to cross. At least only slight opposition was anticipated. Unbeknown to the Green Howards or their brigadiers the Hitlerjugend Division appreciated the value of the hill and, following the British recce, slipped reinforcements into the position.
Attacker: British (D Company, 6th Green Howards / B Squadron, 4/7th Royal Dragoon Guards)
Defender: German (SS) (SS-Panzerdivision 12 / SS-Panzerregiment 12) 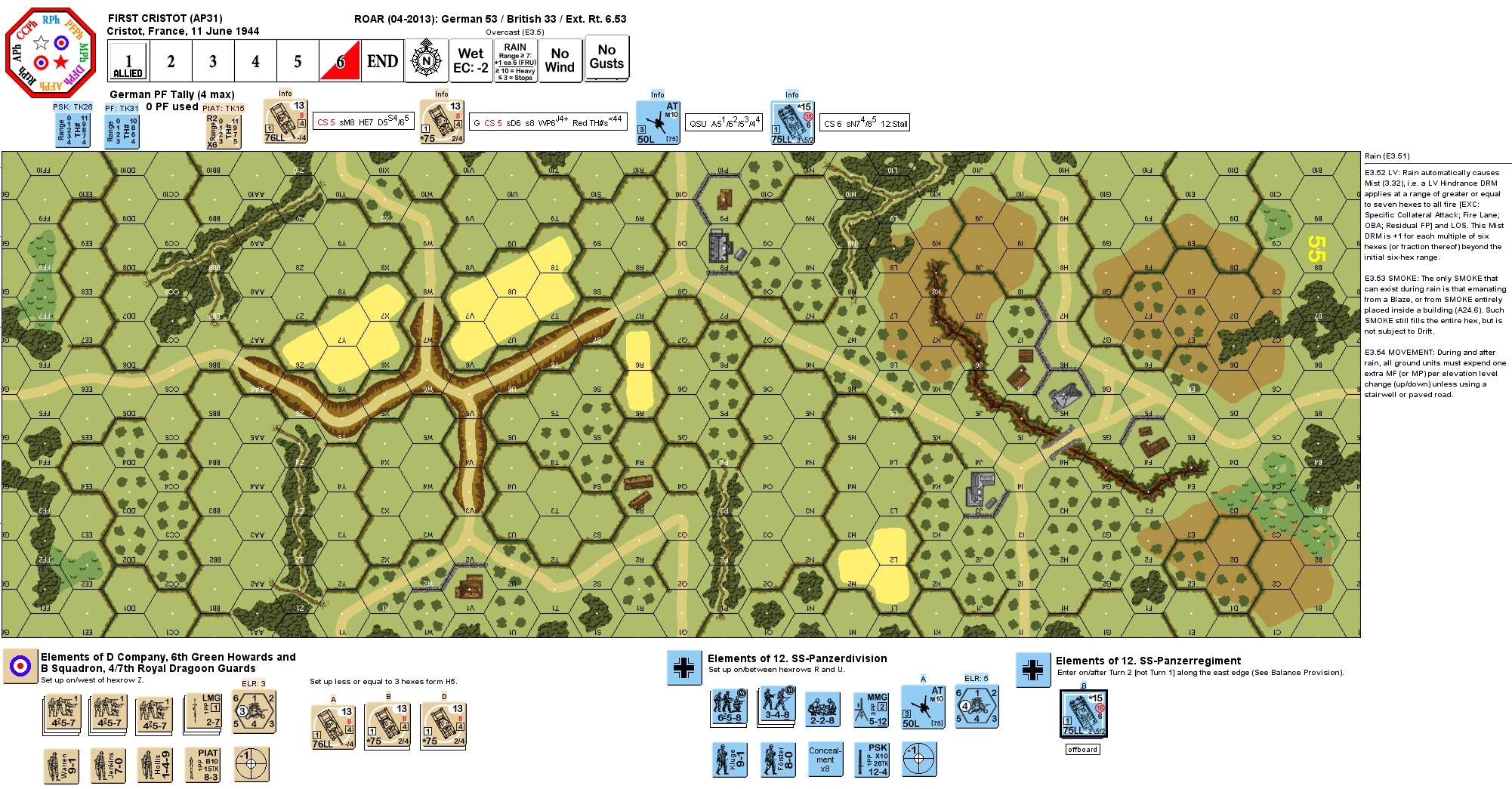 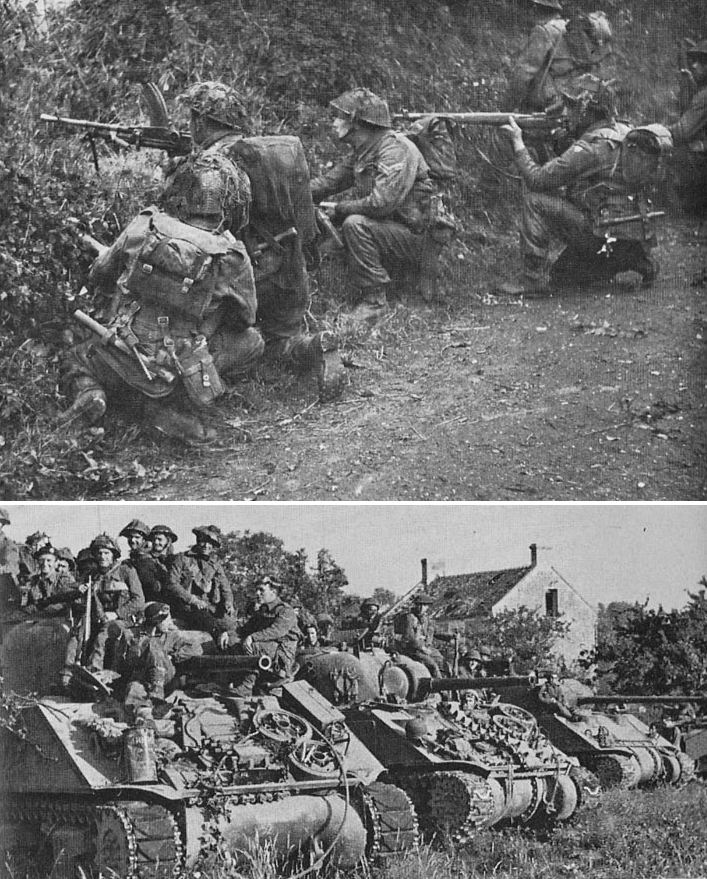