As the campaign on Saipan wound down, the elite Marine units were pulled out of the line and replaced with regular army units. By July 5th the northern tip of the island was all that remained held by the Japanese. The Tanapag plain was covered in knee-high foliage that concealed Japanese soldiers only a few feet away, and the cliffs looming high above the plain were ominous. As the Americans cautiously advanced down the corridor of the plain the hidden Japanese opened up.
Attacker: American (Companies of the 105th Infantry Regiment and Company A of the 165th Infantry Regiment, 27th Division)
Defender: Japanese (Remnants of the 43rd Division, 31st Army) 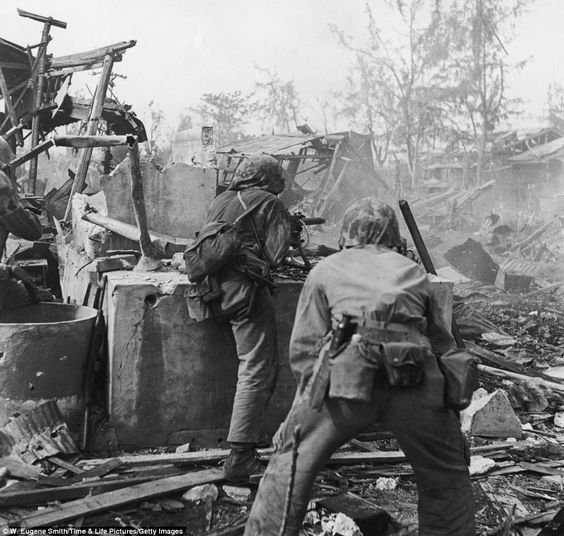 While under fire, U.S. Marines advance on occupying Japanese forces in Tanapag, Saipan 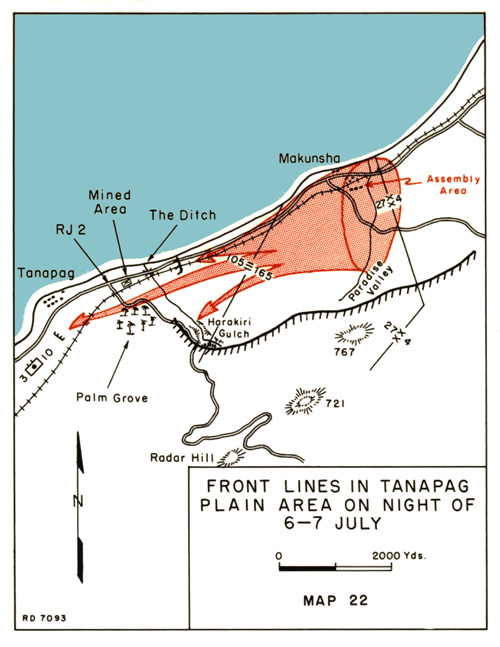 Tanapag Plain, on the northwest side of Saipan, where soldiers of the 1st and 3d Battalions, 105th Infantry (27th Division) were separated from each other.
To-Play list count: 0Estimated Play time: 44.1 hoursRecorded Games: 1