The morning was chilly and a mist had settled over the slopes of Hill 192, for the men of Company A, 1st Battalion, US 23d Infantry Regiment this weather would mean that the planned air support for the attack would be cancelled. Stepping off just after 6:00 a.m., Company A crossed its line of departure, the road that ran west out of St-Georges-d’Elle. Some 200 to 400 yards from its line of departure was a long, steep gully that ran 750 yards east to west along the battalion's front, called “Purple Heart Draw”. Company A did not meet stiff opposition until it reached Purple Heart Draw, then a murderous fire came from automatic weapons emplaced in houses along the road south from St-Georges-d’Elle and from the south bank of the draw...
Attacker: American (Co. A, 23rd Inf Regt and Co. C, 741st Tank Bn)
Defender: German (I/Fallschirmjäger Regiment 5) 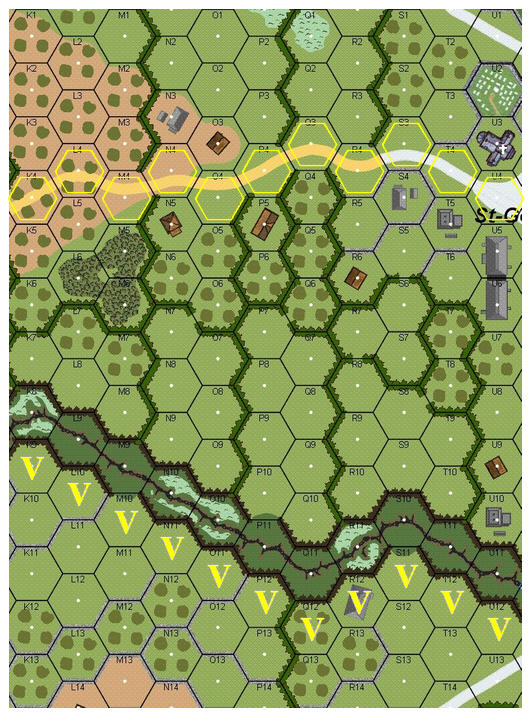