Company A was being pinned down by heavy mortar and artillery fire in Purple Heart Draw; Company C, to its right had moved forward against lesser difficulties thanks in part to the assistance of the engineers of the US 2d Combat Engineer Battalion, who blasted gaping holes in the thick sides of the hedgerows for the support tanks of the 741st Tank Battalion to pass through. The men of Company C quickly followed up and by mid-morning had closed on the small chateau, which seemed heavily fortified and bristling with German machine-guns...
Attacker: American (Co. C, 23rd Inf Regt and Co. C, 741st Tank Bn)
Defender: German (I/Fallschirmjäger Regiment 5) 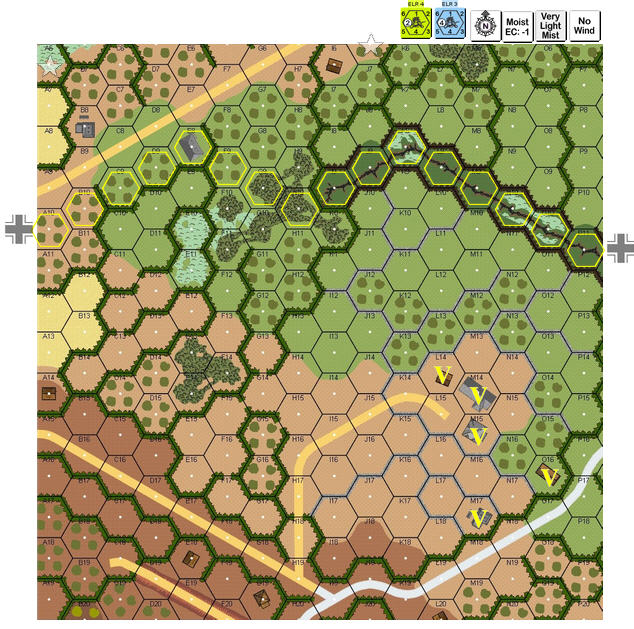 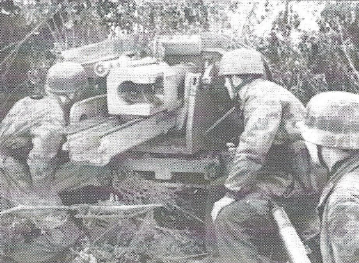