Large numbers of Russian men and material had been cut off and surrounded in a pocket centered on Uman, near Kiev. The encircled Russians, searching for a means to escape, had already attempted to break out to the east with disastrous results. To the south, however, the Dneiper River bend was still held by strong Russian units. Barring access to the sector was Gebirgskorps XLIX, comprised primarily of battle-tested but exhausted mountain troops. In desperation, the remnants of three Russian armies wheeled south to attempt a breakout.
Attacker: German (Regiment 91, Gebirgsjäger-Division 4)
Defender: Russian (12th Army) 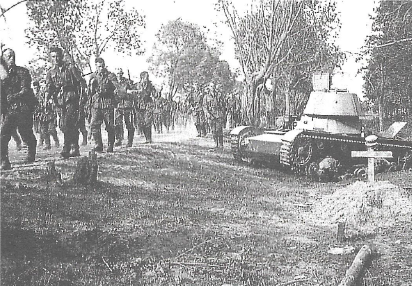