VASL setup under User Files. . . . Following the spectacular success of the parachute drop on the fortress of Eben Emael, it was feared the Germans would attempt a similar raid to seize Queen Wilhelmina, infant crown Princess Beatrix, and other members of the Dutch Royal Family. Fearing the Germans would strike at any moment, it was decided to move the Royal Family from Huis ten Bosch Palace to the Palace of Noordeinde deep in the Hague. Dutch fears were well founded, as an elite element of the 22nd Luftlande Division had been brought in to stage such a raid. The mission had been well prepared, with accurate maps and up to date intelligence information regarding the Queen's movements. The raid was scrubbed however when the Ju-52s carrying the group crashed during landing.
Attacker: German (Special Raid Detachment, Grenadier Regiment 16)
Defender: Dutch (Royal Dutch Grenadiers/6th Jager Regiment) 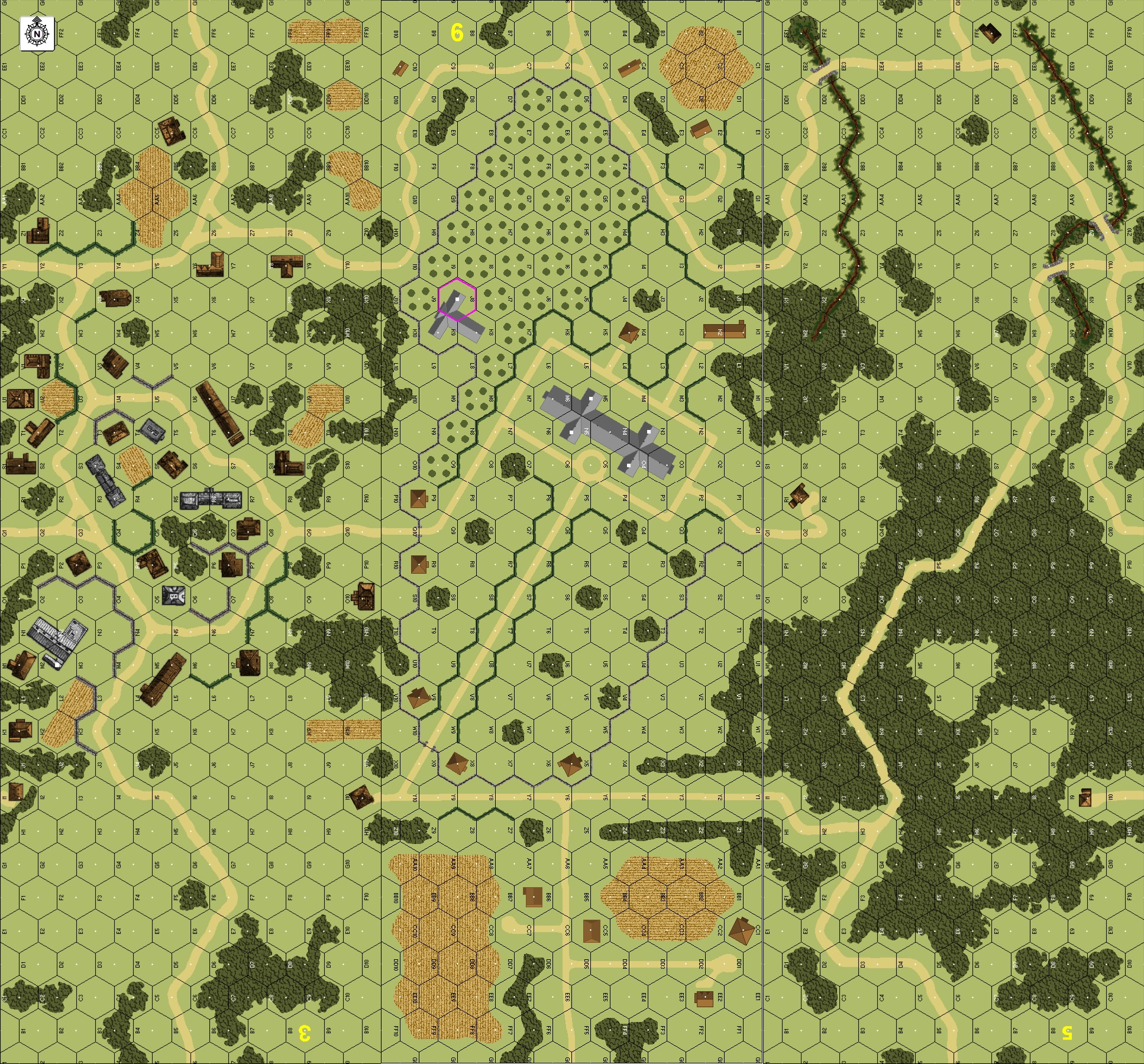