The Germans drive through the Ardennes Forest into Belgium progressed swiftly. Fighting was light and brief when it was encountered. Occasionally though, some Belgian units put up stiffer resistance and held up the German advance down the narrow, forest roads. Precious time could be gained the longer they could hold up the assault. Just outside of Rochefort, on May 12th, the Chasseurs Ardennes stopped a German column, and for a few hours gave it their best.
Attacker: German (Elements of the 131st Infantry Div.)
Defender: Belgian (Elements of the Chasseurs Ardennes) 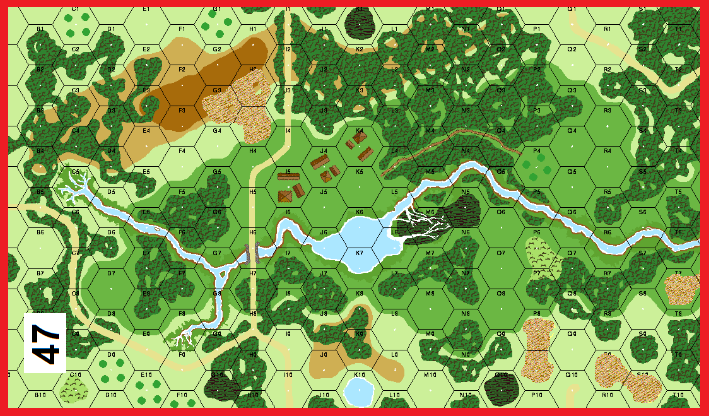 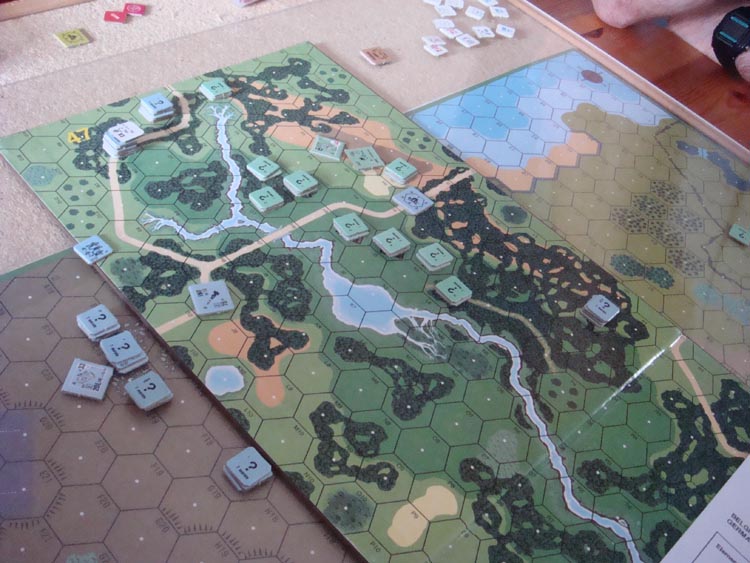 The start of a game