The 3rd Battalion, 8th Infantry Regiment was one of the assault forces for the launching of Operation Cobra. Initially they saw little resistance and quickly made gains of several kilometers. Nearing St. Lo-Periers Highway, they began to hit pockets of tough resistance that were unaffected by the massive carpet bombing. However, the armor support was unable to keep up with the infantry due to the thick bocage and bomb craters on the roads. The German defense in the area was a mixed bunch of remnants from the 14th Fallschirmjaeger Division, as well as several other units fighting under the flag of the Fallschirmjaeger Division. . . . . .. . K Company, maneuvering on the flank, hit a strongpoint near a sunken road that contained 2 dug-in tanks about 400 meters south of the highway. Supporting armor was nowhere to be found. The battalion commander did not want to wait for the armor and gave commands for the attack. He also rejected the support of tank destroyers, as they would have to maneuver the point blank range to get a shot. He sent his men in against the tanks.
Attacker: American (Elements of Companies K and I, 3-8 Infantry Regiment, 4th Infantry Division)
Defender: German (Elements of Fallschirmjaeger Division 5) 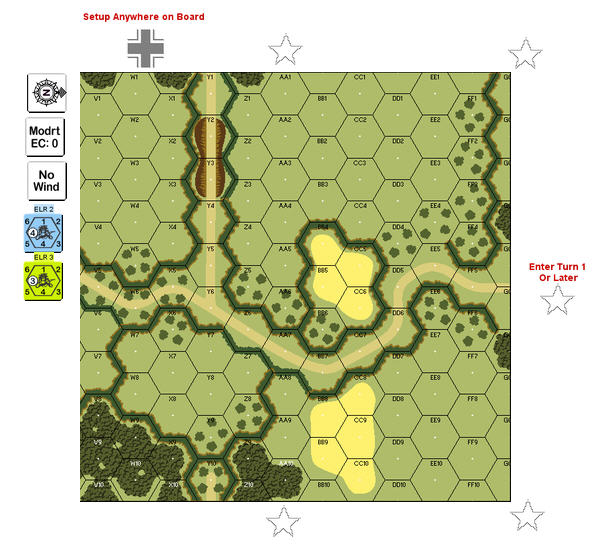 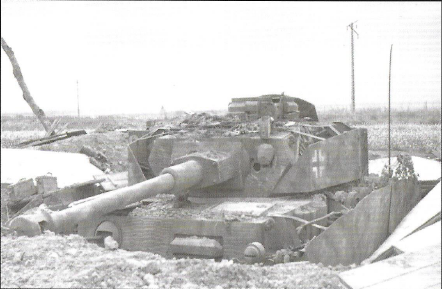