The Sherman tanks of 3rd Royal Tank Regiment were in the lead of the armored charge of Operation Goodwood. Thanks to the suppression of the German defenses by Allied bombing and the speed of the advance, they did not encounter any significant opposition. However in their path were the Nebelwerfer batteries of the 272nd Brigade and the self-propelled guns of Batterie 3 of Sturmgeschutz Abteilung 200, commnded by Major Becker. Belying their ungainly appearance, the self-propelled guns were well placed to use their high velocity 75mm and 105mm ammo against the lightly armored Shermans.
Attacker: British (Elements of A Squadron, 3rd Royal Tank Regiment, 29th Armoured Brigade, 11th Armoured Division)
Defender: German (Battery III, Assault Gun Battalion 200, Panzer Division 21 and Grentheville Garrison) 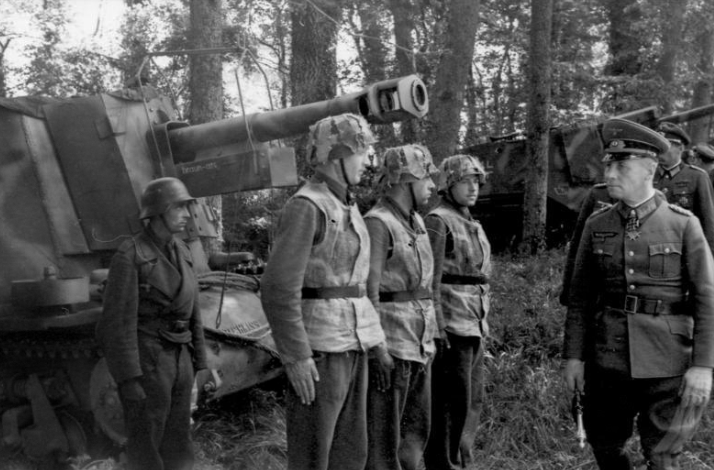