The infantry units initiating the Cobra ground attack were to create a protected corridor for forces scheduled to follow and exploit a breakthrough. Thus, they had the mission of securing specific geographical objectives as rapidly as possible. The towns of Marigny and St. Gilles were the main infantry objectives and would give US VII Corps control of a road network needed for the exploitation. On the west flank the 330th Infantry Regiment was to seize a part of the Periers-St. Lo highway including a vital road intersection and block to the west in order to hamper any German counterattack from Periers against the Corps' right flank.
Attacker: American (Elements of 330th Infantry Regiment, 83rd Infantry Division)
Defender: German (Elements of Fallschirmjäger Regiment 13, Fallschirmjäger Division 5) 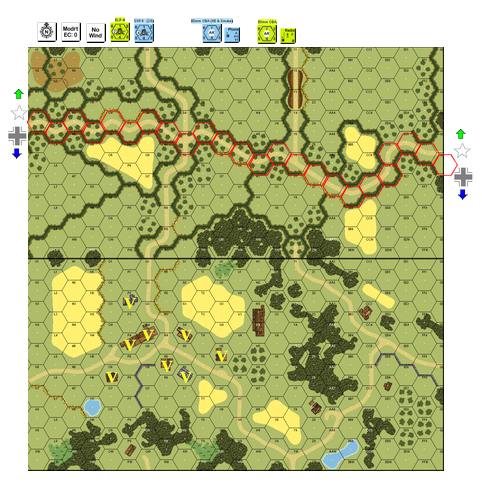