The 115th Infantry had expected to land with dry feet on D-Day, then march several miles inland to their first objective. Instead, they had to pick their way through German minefields, and then mount a frontal attack on St. Laurent. French civilians pointed out the source of the trouble: the Germans were well positioned in the town's squat Romanesque church and a big stone barn. At about 1515 hours, the 2nd Battalion under Lt. Col. William Warfield began its attack.
Attacker: American (F/115, K/115, 741 Tank Bn.)
Defender: German (5/II/916 Infanterie Regt.) 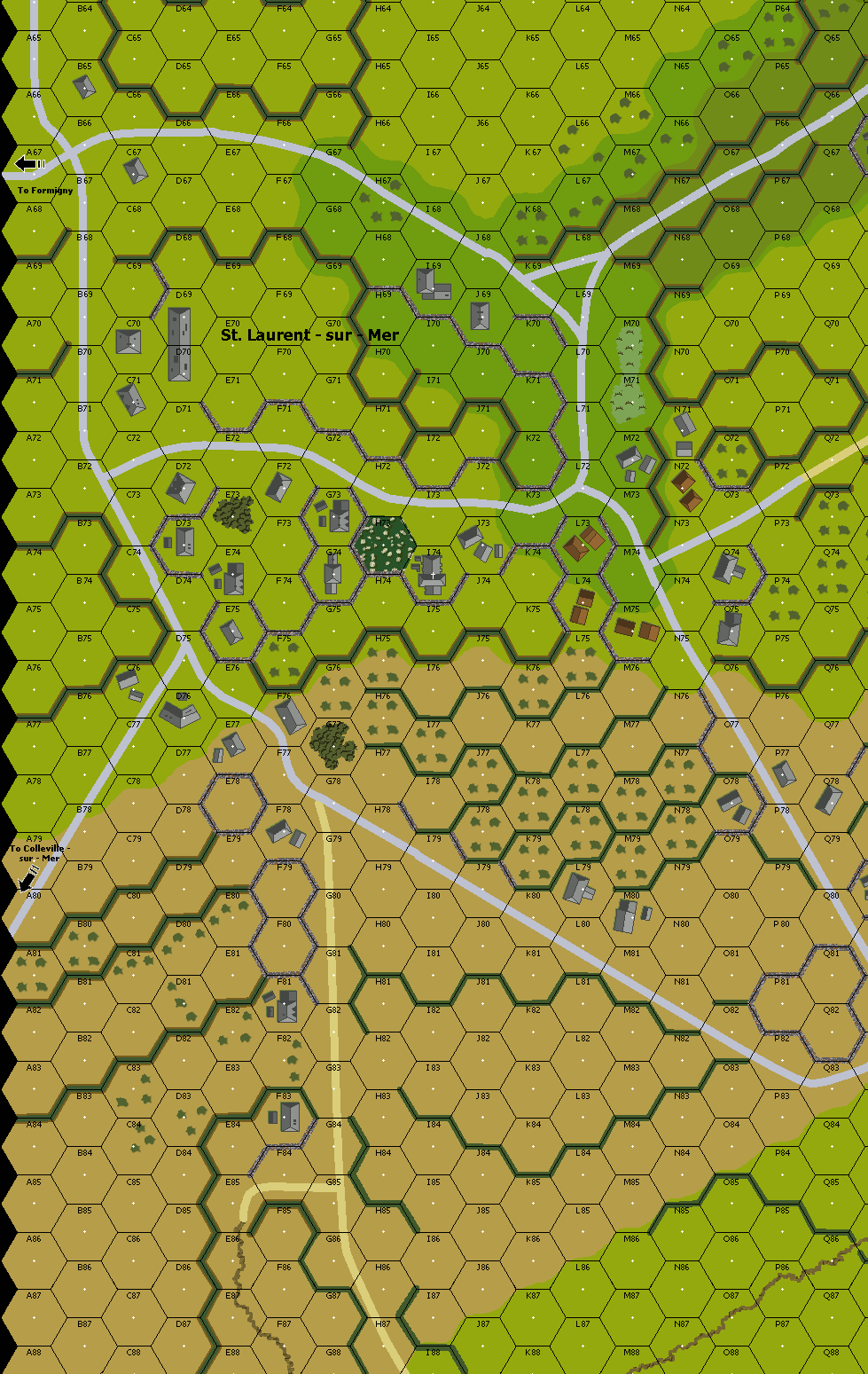