As the war in Germany closed, the Germans were hard pressed from the West and East. The 4. Panzerarmee had been fighting the Russians near Torgau on the Elbe and had continually frustrated them, forever falling back to more defensible positions to the West. Their lines were perilously thin, and even the presence of the gigantic Sturmtigers was not enough to stem the Russian flood. Even at this late date, the Germans would try desperately to stop these beasts from falling into Allied hands.
Attacker: Russian (Elements of 58th Guards Army)
Defender: German (Elements of 4. Panzerarmee) 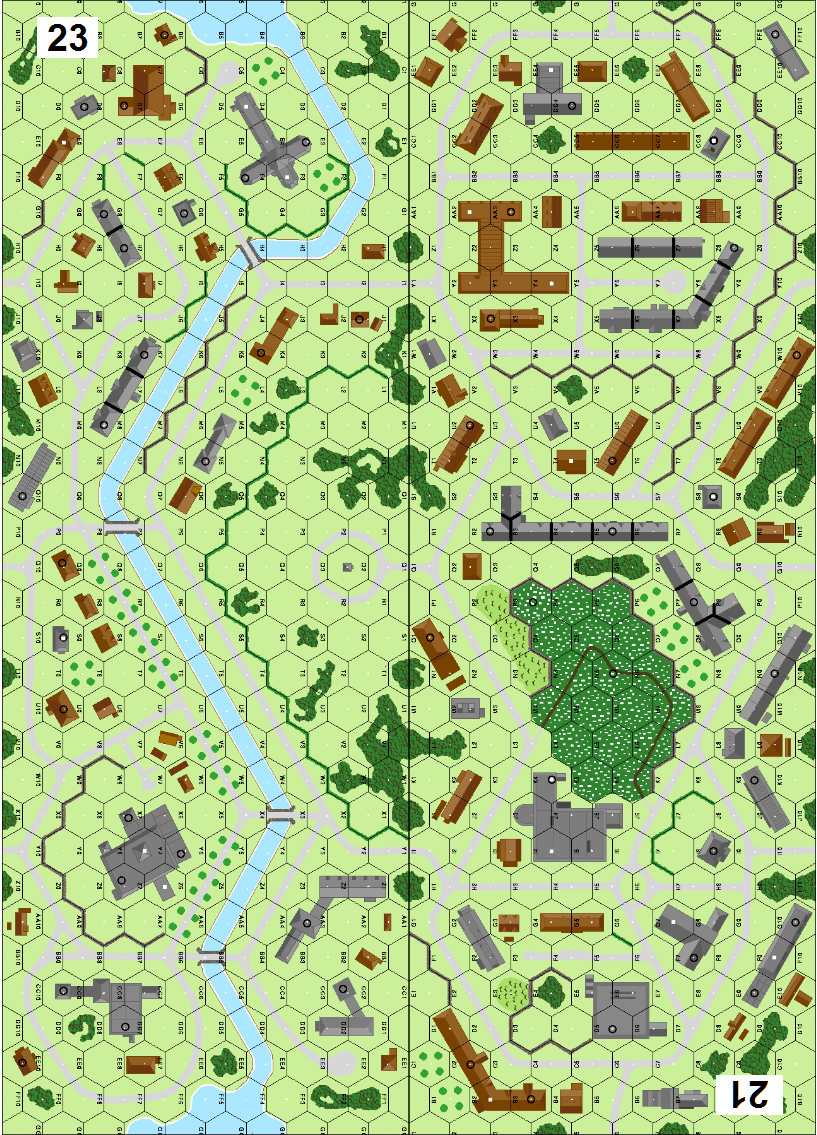 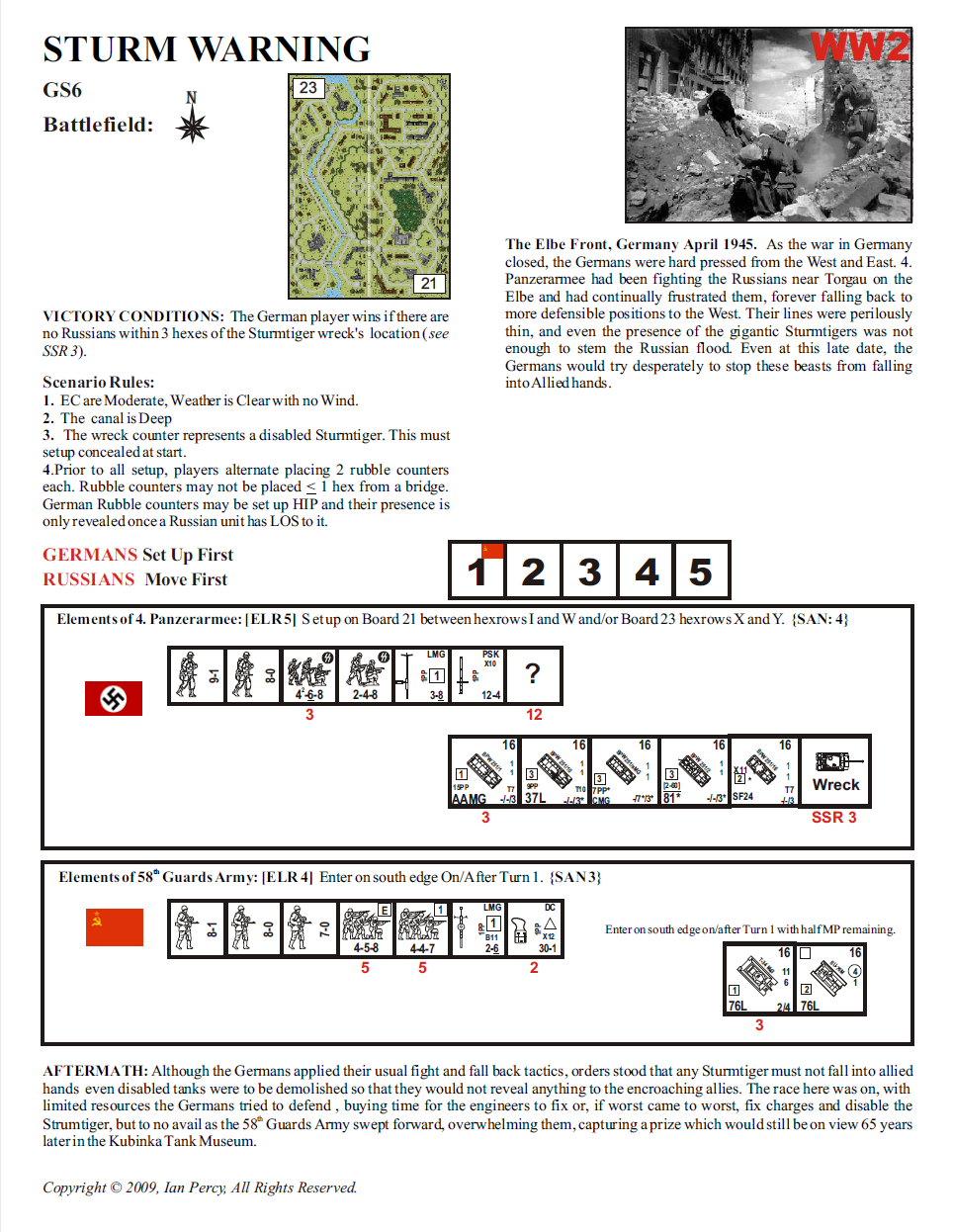 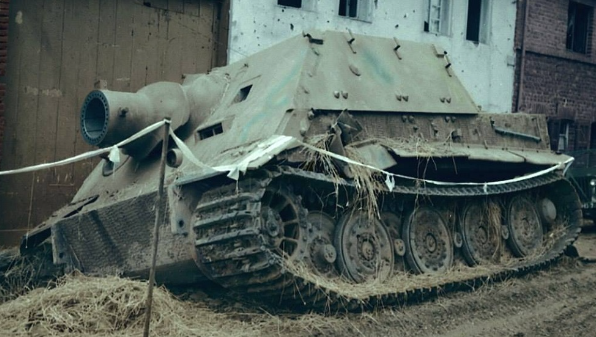