After a day of heavy fighting the Red Army had been only able to push the French SS troops back about 100 yards. As night fell both sides knew there would be no let up in the fighting. In an effort to break the German lines special engineering troops armed with flamethrowers moved into the lines. Using darkness as cover some of these troops were able to infiltrate through the rubble and get to within yards of the French lines before opening fire. As the city burned, around them men from both sides engaged in a close order dance with death. Even through this hell the French lines held and once again the Russians threw in more tanks and poured salvos of heavy mortar fire to break the line. Come morning the exhausted French SS held and this line would hold one more day.
Attacker: Russian (Elements of the 5th Shock Army)
Defender: German (SS) (Elements of Sturm Battalion SS "Charlemagne") 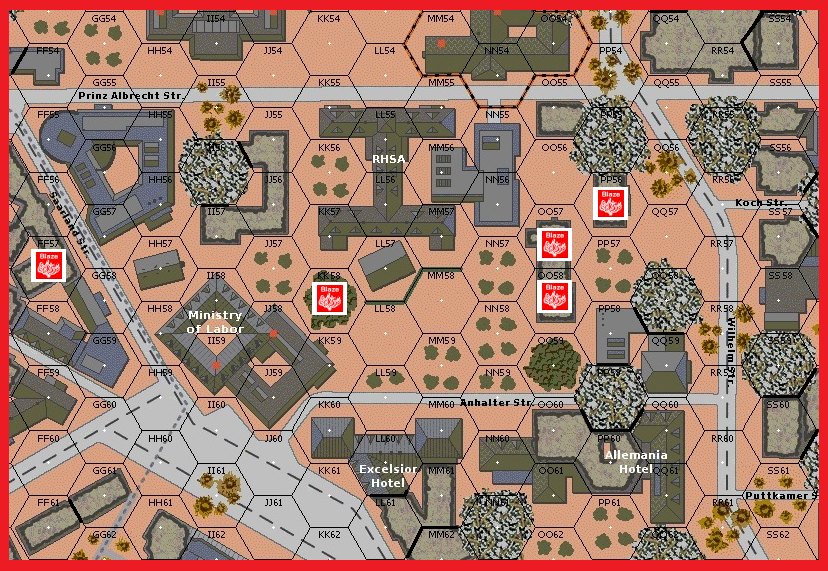